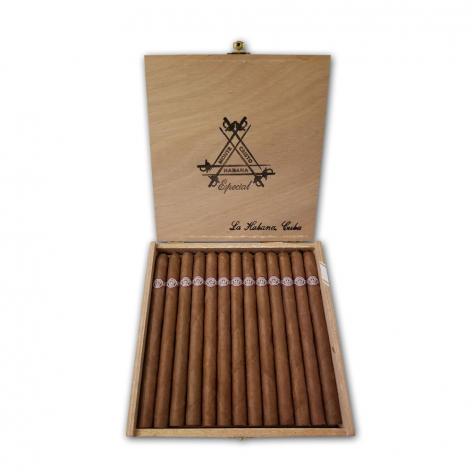 We leave all sold results online as a resource (going back to 2009) and it’s interesting to see how prices and tastes have moved over the last decade.

I’m most fascinated with this box of Montecristo! Big price for an ‘09!!! 🙂

6 + hours of concentrating on the auction left me in need of a herf so I headed to Boisdale Belgravia on Wednesday for a delightful lunch with friends followed by Trinidad Vigia and Partagas Salomones paired up with ClanRanald Claret (on the Boisdale members wine list)  First rate lunch and excellent service as ever (and the wine wasn’t too shabby either!) I then headed over to meet friends at Turmeaus Mayfair for a dram or two of Stalla Dhu Ben Nevis and another Trinidad Vigia to complete a very relaxing herfing day.

Our next sale will be in June and the catalogue is filling up fast. For any further details of our regular vintage cigar auctions check out the website or drop us an email.

Despite all of the doom and gloom headlines, clearly our UK cigar industry is resilient if completely unaffected by the current malaise and decline of the high street. Our cigar and whisky shops and Lounges have never been so busy and our weekly tasting events seem to be sold out as soon as the tickets go on sale.

I hadn’t planned to be at this week’s Turmeaus Liverpool tasting event, much as I love Alec Bradley cigars and Flor de Cana rum, but I heard that our business partner Gennaro, who makes Inka Secret Blend cigars for us in Peru, was in the UK so we’ve decided to head up to Liverpool on Tuesday. We’re adding an Inka cigar to the tasting and Gennaro is going to give a talk about this best-selling range of cigars exclusive to C.Gars Ltd & Turmeaus.

Come and join me for a memorable evening. Strictly limited availability. Stay after the event for some wonderful live jazz music at Puffin’ Rooms just next door (amazing menu from our chef, as well as 200 single malt whiskies by the dram, extensive wine and signature cocktails.)

We get quite a few enquiries for bespoke humidors and whilst we don’t offer this service, one of my best friends does and I am happy to highly recommend Simply Bespoke London  www.simplybespoke.london. They will design and manufacture commissioned bespoke cigar humidors, wine rooms and cellars. Clients are involved at every stage of the design and crafting process, beginning with a client meeting. They listen to your requirements and design something that is not just unique, but unique to you. 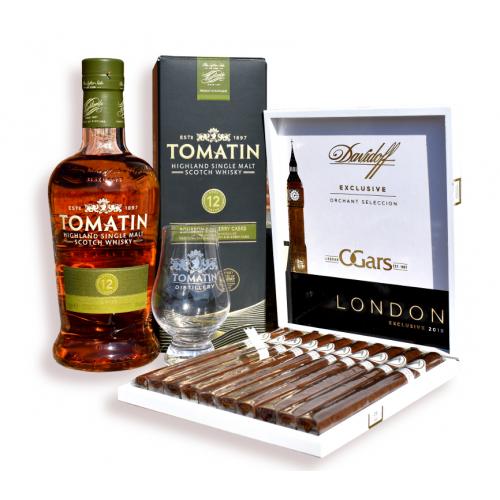 Arturo Fuente Anejo No. 77 The Shark – Can’t go wrong with a Fuente! 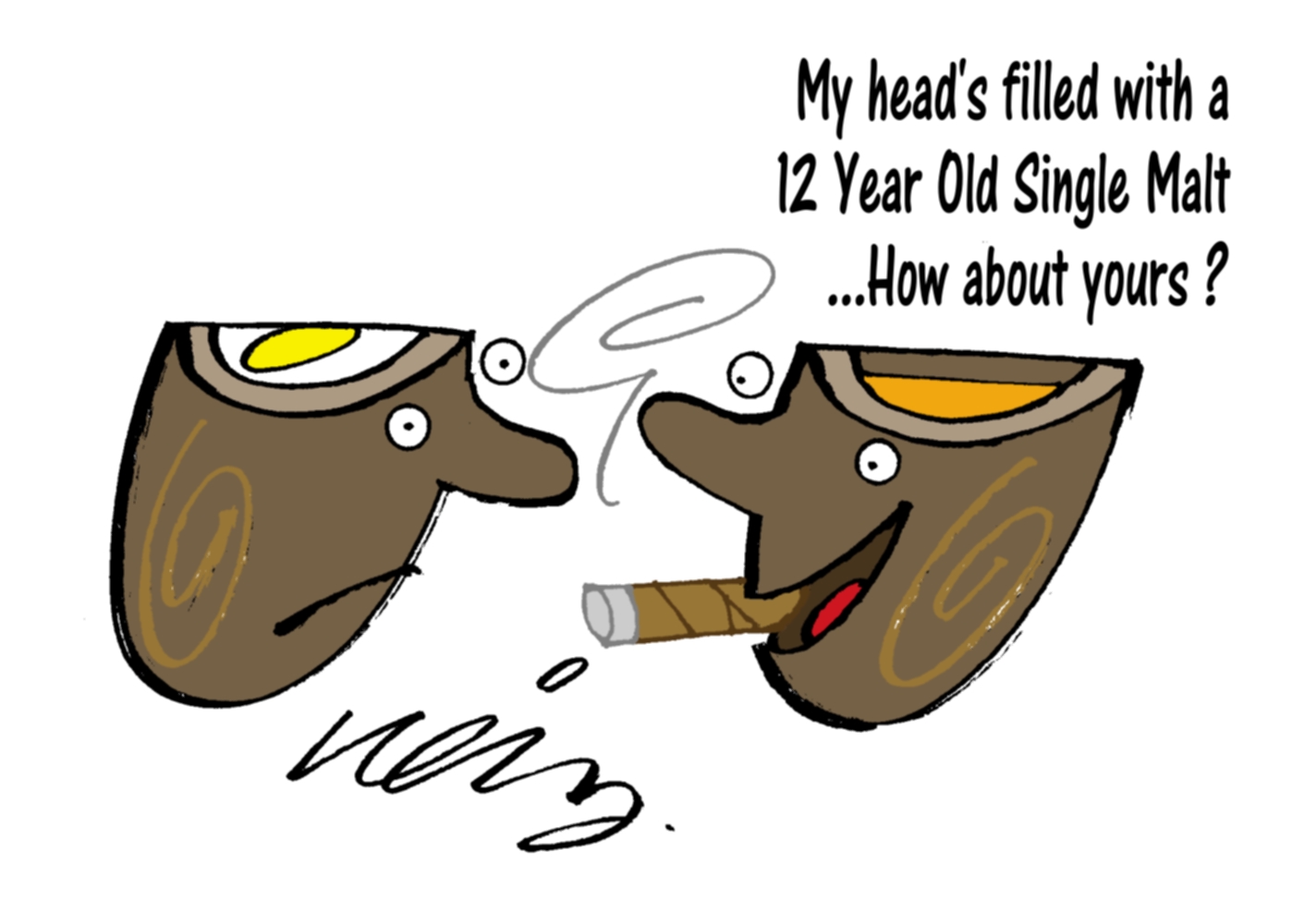 It’s been a very busy week at C.Gars… as usual – with numerous clients visiting our offices to inspect the auction Lots for next week’s vintage cigar sale.

The sale features some 350 Lots of vintage, Mature, Pre-Embargo, Davidoff and Limited Edition Havana cigars. The bidding platform is easy to use and the Lots have photos and clear descriptions. It works in a similar way to eBay. Sort of a cBay for cigars 🙂

We are always happy to check and advise clients with condition reports if unable to come and inspect at our offices. Just drop us an email and quote the Lot number sales@cgarsltd.co.uk. Final inspections are this Monday and the auction will end on Tuesday.

I enjoyed a delightful tasting event at Turmeaus Liverpool on Tuesday evening featuring Davidoff 702 cigars and Dalmore whisky. We paired up the Special R with 12 and 18 year old whisky and they were indeed a perfect match.

It was a pretty packed event and we were lucky to get a table next door at Puffin’ Rooms after, as Puffin’ Rooms seems to now be packed full 7 nights a week. Chef was on top form and the food was quite exceptional. We had managed to get hold of some of the finest Inca chocolate slabs from Peru and chef made incredible chocolate soufflé for dessert (should come with a health warning!) Victoria Sharpe was on piano and singing beautifully as ever.

The reviews look pretty good on TripAdvisor too! For the best experience of dining, drinks and music… you just have to come to Puffin’ Rooms – Liverpool. Nothing like it in the UK that I’m aware of.

La Casa del Habano held a packed tasting event on Wednesday, featuring H. Upmann Half Corona and H. Upmann Anejados Robusto cigars. One of my clients emailed to say that our La Casa was like no other he has ever visited as it has so much charm and ambience as well as the friendliest service he has ever known. He also mentioned the rather amazing selection of Havana cigars!

Thursday was time to visit Turmeaus Mayfair. I enjoyed a Trinidad Vigia and Stalla Dhu Auchroisk 19 year old whisky with friends before we headed off to The Lanesborough to herf with more friends :).

We switched to Cuaba Salomones and Distinguidos which were both amazing smokes and a great way to finish off a week of herfing. 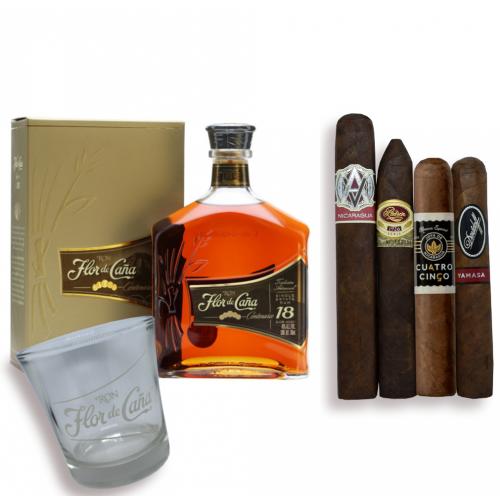 Kicking back this weekend with a bottle of Flor de Cana 18 year old (note: this one is on offer this month!… Blatant sales pitch lol) and a baggie full of:

Ramon Allones Orchant Seleccion 2016 – Smoking very well indeed! (We’ve reached the 2 year mark with them! – if you know, you know)

Bolivar Belicosos 2007 – What a treat, I can’t believe I managed to stash them for so long!

Let us know what you have on your weekend menu by posting a photo to our Facebook Page, or Tweet me a picture. 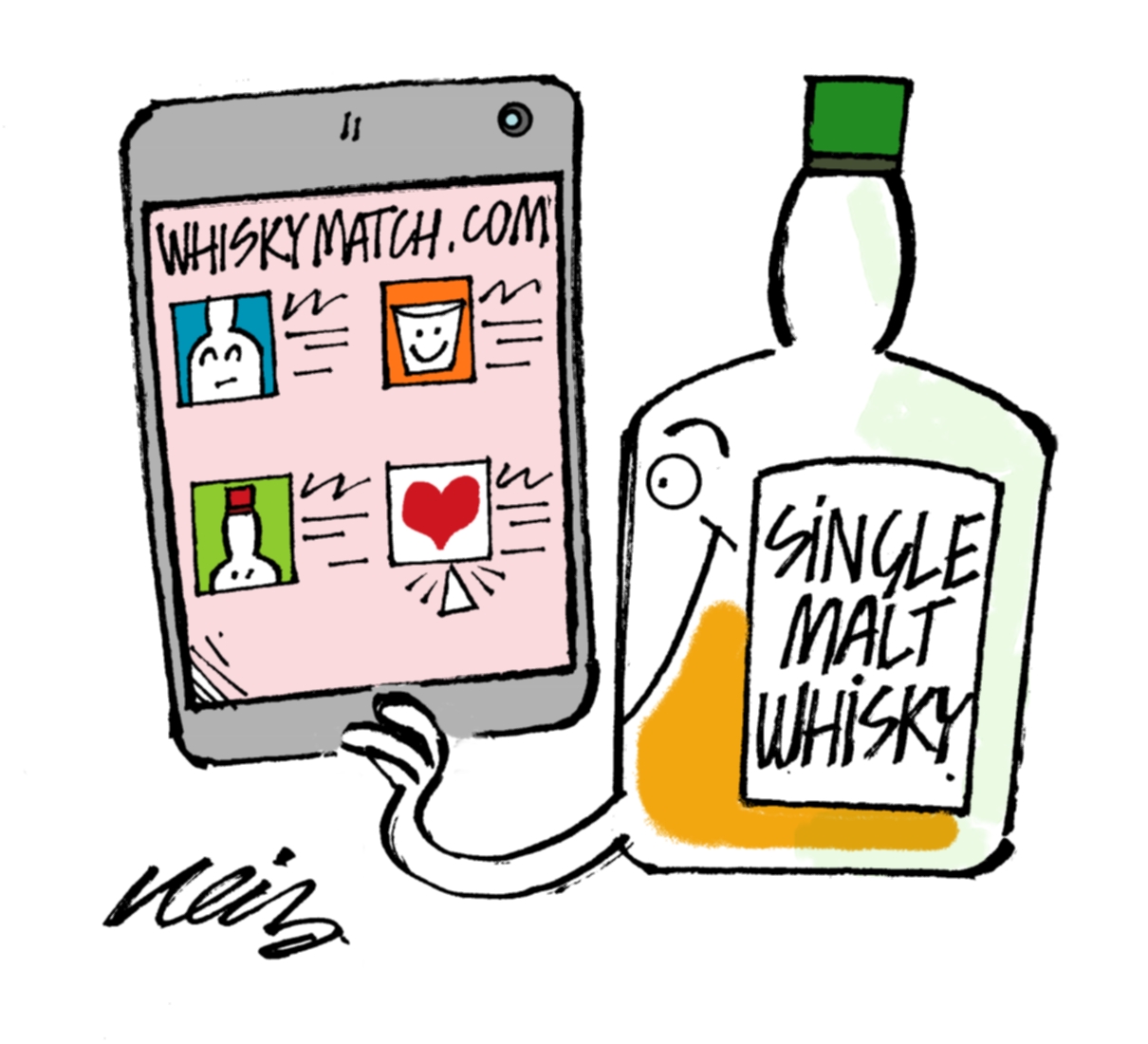 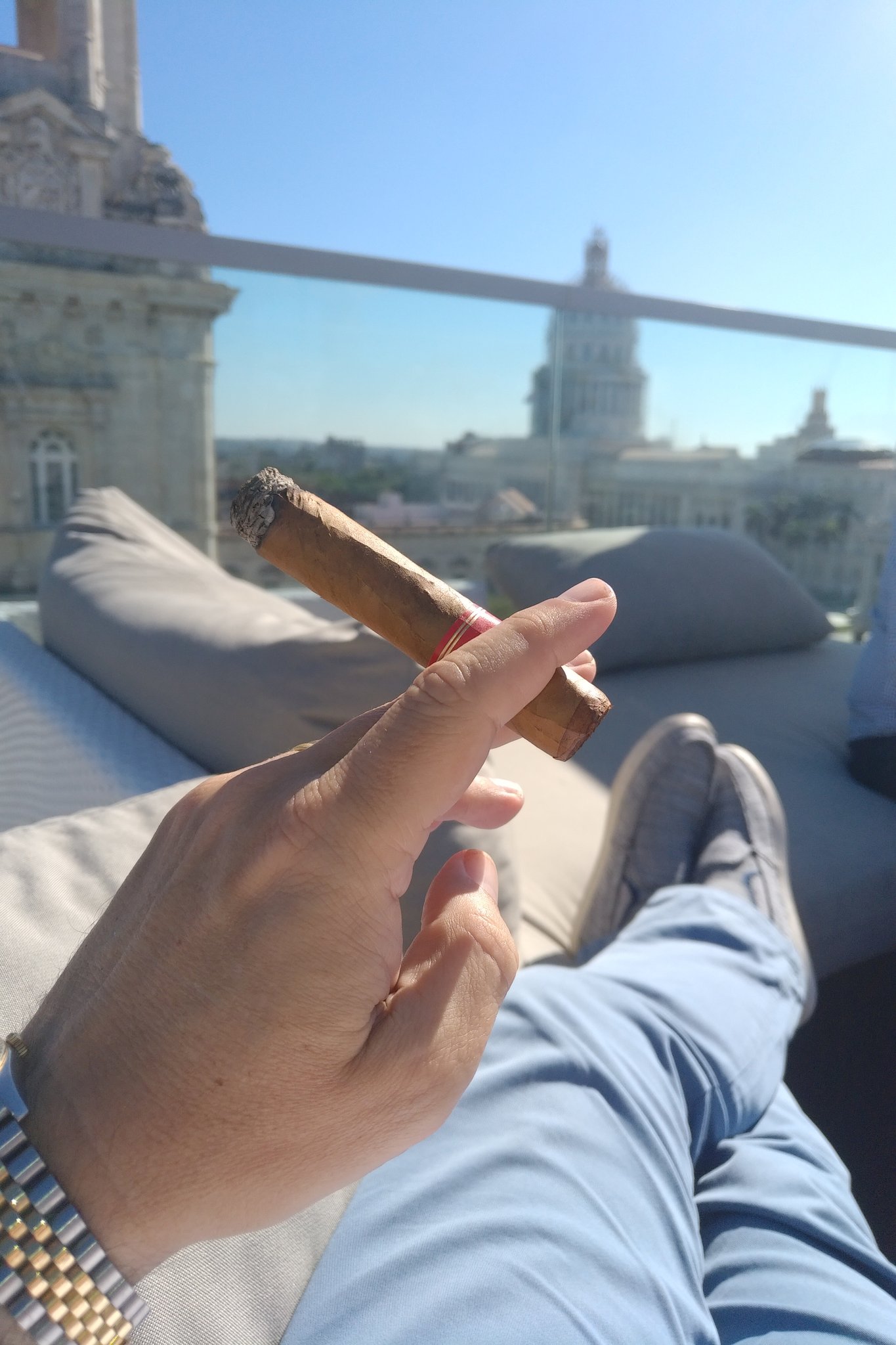 I missed the snow!… and had a wonderful week in sunny Havana for the 20th Habanos Festival.

I have been in Havana for all 20 Festivals though I missed the gala event on the first one. They seem to get bigger and better (and louder?) every year.

Collected by my able assistant Fernando at Jose Marti airport after a surprisingly short wait for our baggage, my assistant Roy and I headed to the vehicle where Havana Club 15 year old rum and Cohiba Piramides Extras awaited us. They tasted great after a 10 hour flight I can tell you 🙂

We blasted round the usual cigars stores (Partagas, Melia Habana, Nacional, Palacio, Comodoro etc.) which all seemed well stocked although it was mainly with small format cigars. Nice to see Cohiba Coronas Especiales back on the shelves so hopefully they will be back in the UK soon. 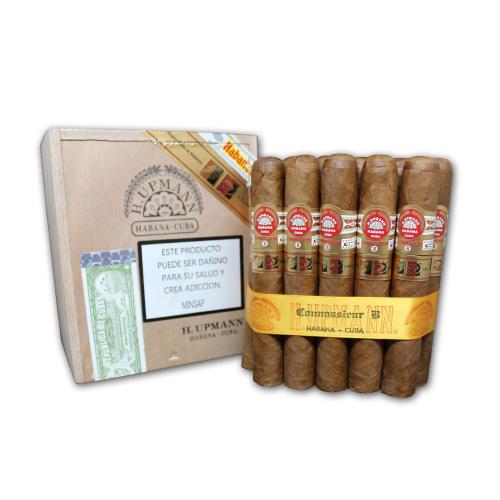 I managed to find some of the new Limited Editions including the H. Upmann Connoisseur B and Partagas Serie E No. 1 but they were not generally available and I have no idea when they will arrive in the UK.

I stayed at the Manzana hotel again which is simply the best hotel IMHO in Cuba. The pool area has great views and is perfect for herfing. Not so sure about the ‘Cohiba Atmosphere’ shop which we named ‘No Atmosphere’. Bit of a sad selection in the humidor and a tad soulless design. 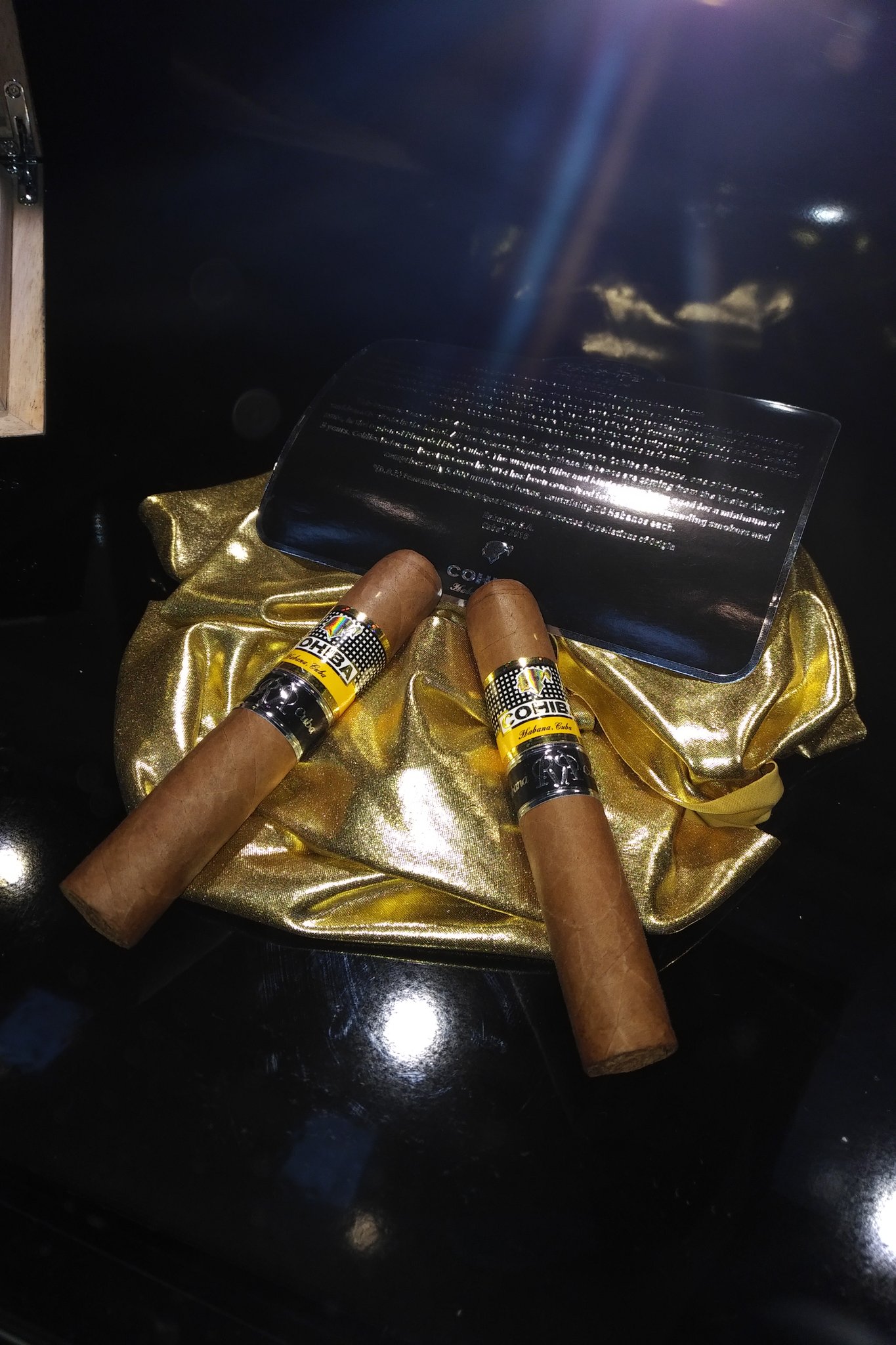 Picked up my twin cigar case of Cohiba Robusto Reserva, smoked them straight away! I can’t wait for these to be released. That said we are still waiting for H. Upmann Sir Winston Gran Reserva so I may be waiting a while… 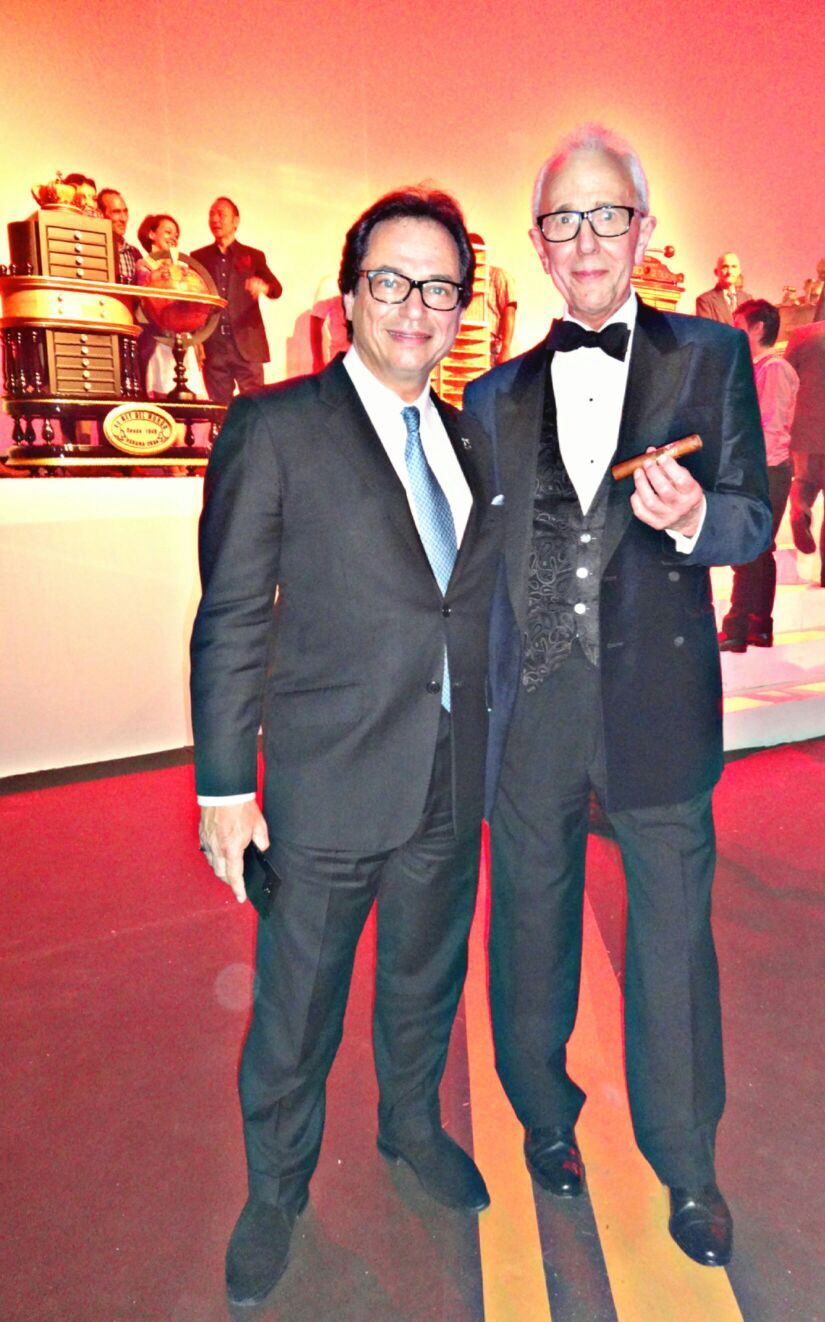 The gala was the usual swanky, opulent affair and it was a pleasure as usual to be sitting on the Hunters & Frankau table with Jemma Freeman and Simon Chase. Simon was called up to the stage to receive a very special award in recognition of all his hard work for the previous Festival charity auctions. Wonderful to see Simon back at the Festival.

I also sat next to Darius who won the International cigar sommelier contest. Well done Darius! At last the UK won 🙂

The Festival is the best place in the world to meet up with my international clients from Hong Kong, Japan, Singapore and many other countries. I heard there were over 1,200 guests at the gala!

The gala celebrated the Partagas brand and the introduction of the Partagas Maduro No. 2  (a 4 ¾” length and 55 ring gauge Piramides) and No. 3 (5 ¾” length and 50 ring gauge). These join the Partagas Maduro No. 1 to make a great line up. We were treated to copious amounts of other Partagas cigars during the evening (too many to smoke… almost!) We finished the evening with a Partagas Lusitania and the new Havana Club Tributo rum (“finished in smoky whisky casks”) which was quite excellent. I brought a bottle back for clients who visit the office 🙂 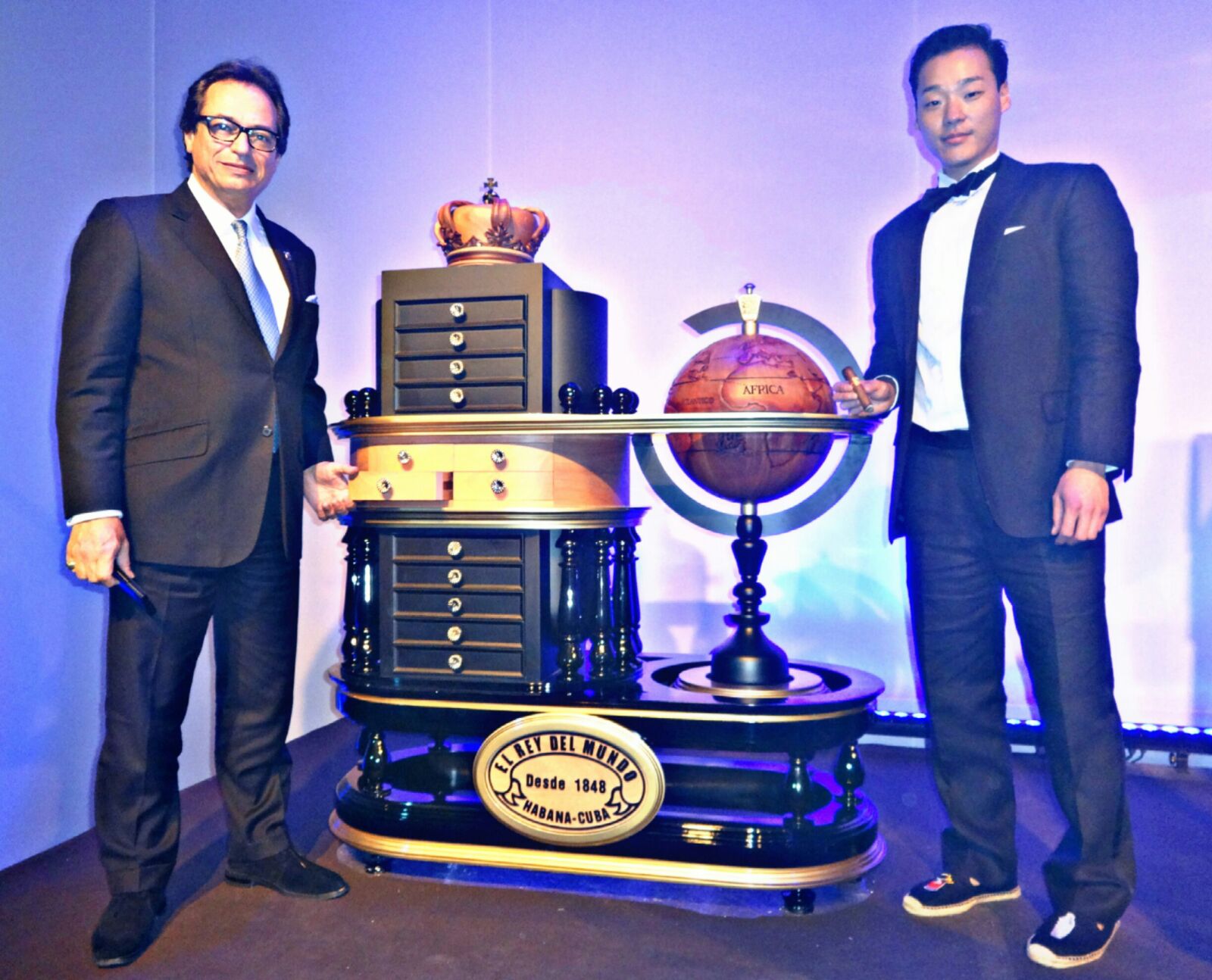 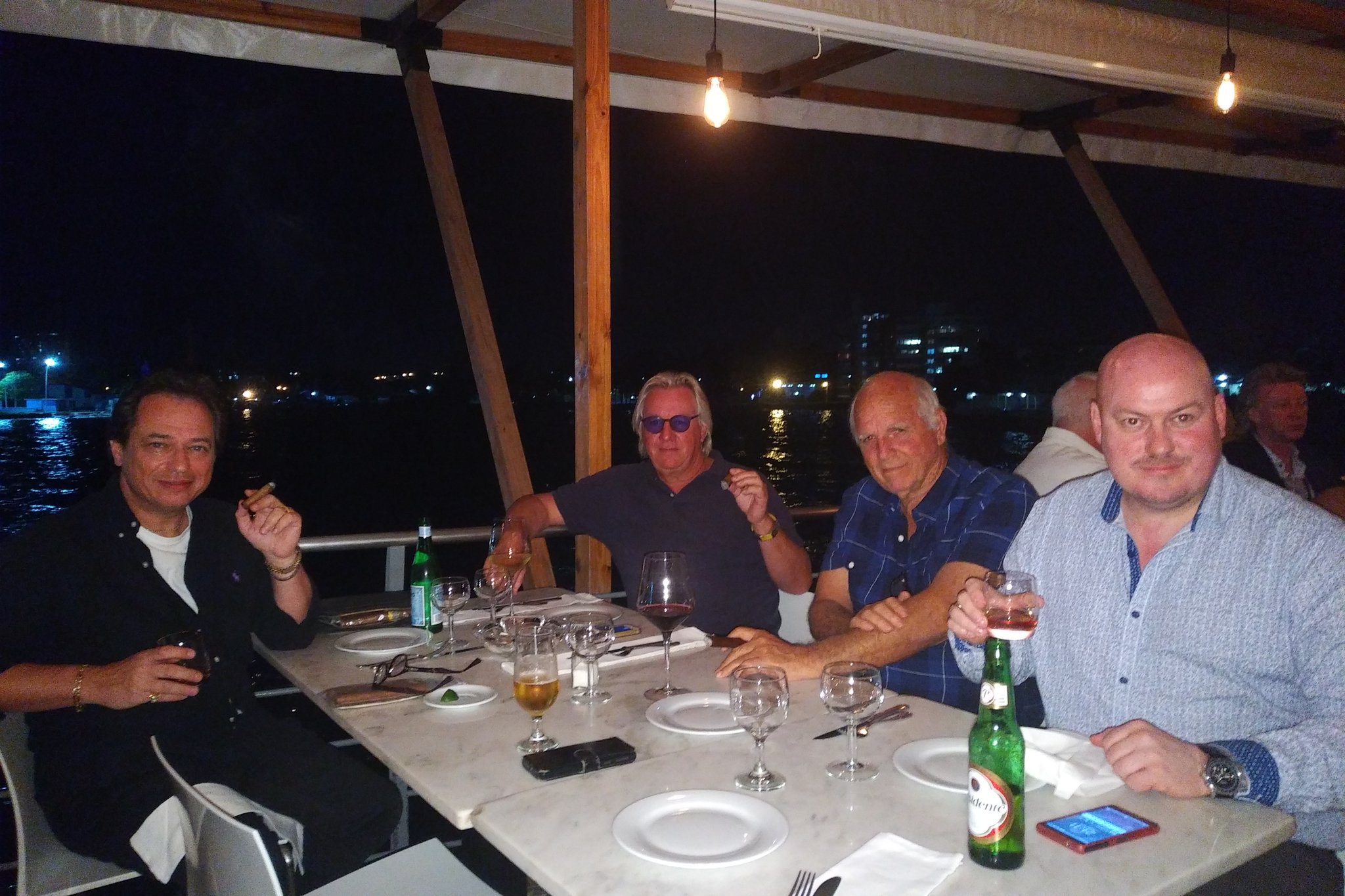 Can’t wait to get back to Havana, the next trip is already booked for the Partagas Festival in November 🙂 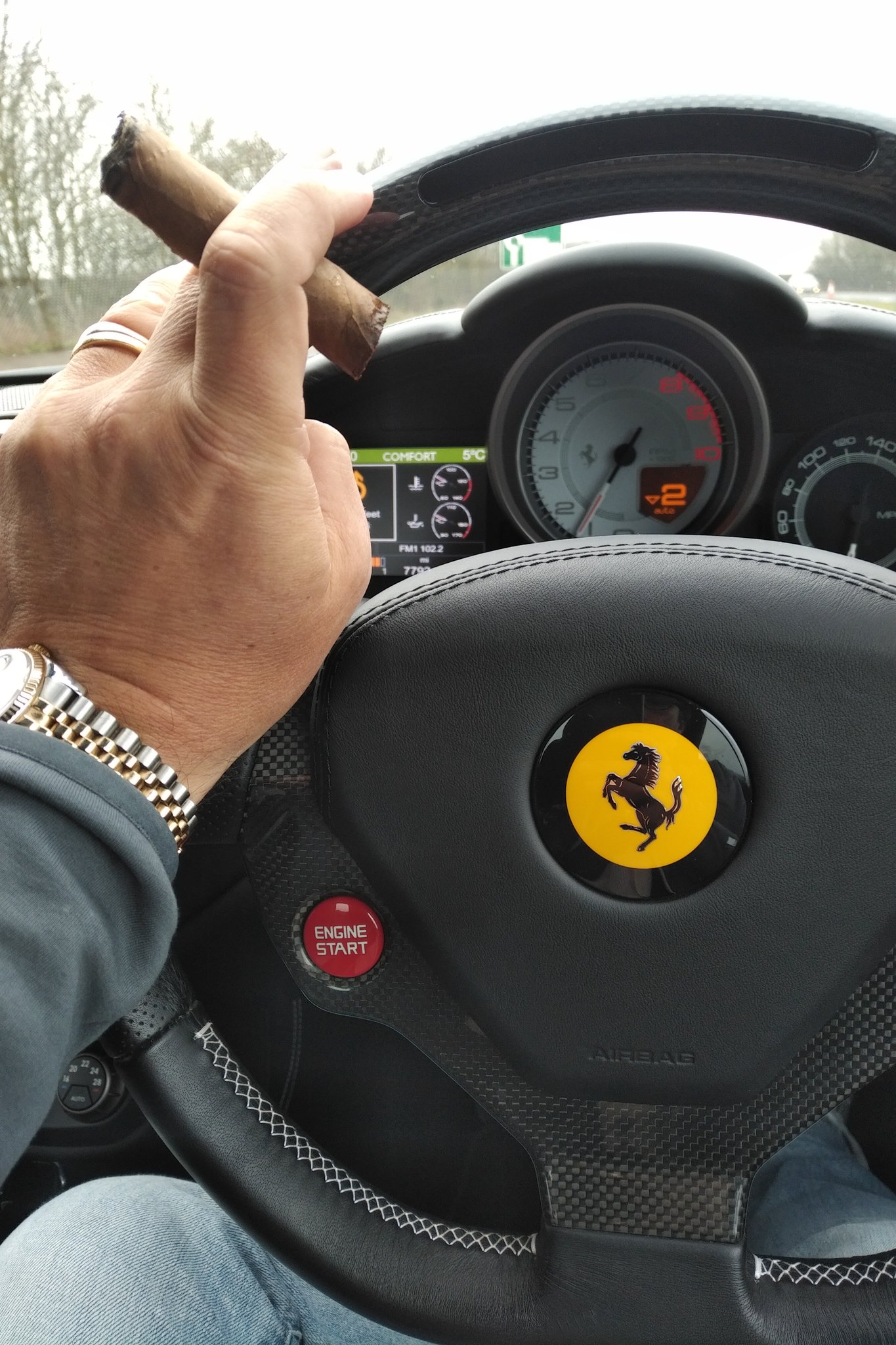 Back to Blighty and getting back to routine, the weather is vastly improved so I officially declare “Open Top Herfing Season” open! I picked up one of the cars from storage, lit up a 2007 BBF and went for an hours drive to blast out the cobwebs… sublime 🙂 I love car herfing!

I have just put the finishing touches to our rather huge 350 Lot Spring cigar auction and the catalogue will be online from the 10th March with the sale concluding on the 20th March. I’m amazed how  many of these vintage cigars are still around, with many exceptionally rare. Nice to see a good quantity of first rate vintage Cuban Davidoff again as well as some exceptional Pre-Embargo, vintage and Limited Edition cigars.

I’m heading to the Garden Room at The Lanesborough to herf this evening (last night) and try out those Partagas Maduro’s with some decent single malt. 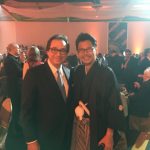 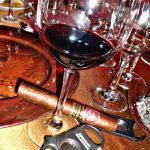 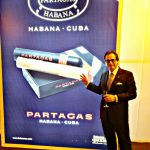 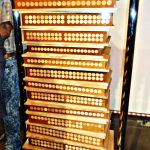 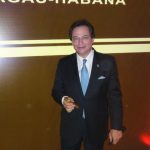 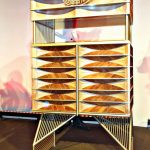 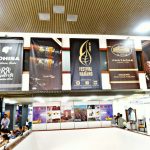 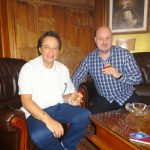 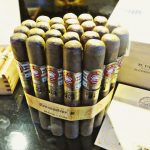 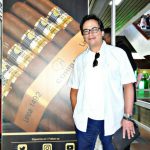 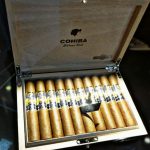 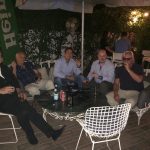 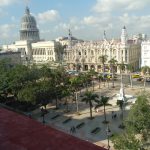 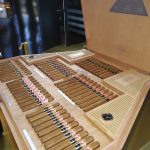 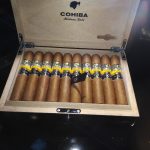