Looks like prices are going up on most cigars from late next week as most of the importers and distributors in the UK have now put their prices up following the budget as well as overdue wholesale price increases caused by the slide in the value of Sterling over the last 8 months. So now would be a good time to top up your humidors. 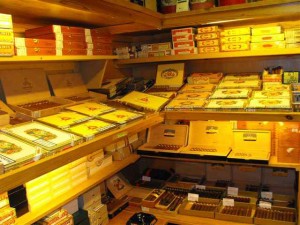 Our London walk in humidor has now doubled in size to cope with our unprecedented growth this year. We may well have the largest stocks of Havana cigars (and others) in the UK. If not,we are certainly not far off. We also have more client lockers available for clients who wish to “lay down” a stock and ensure that it is correctly looked after. Laura will put some photos on the news page today or tomorrow so you can feast your eyes! 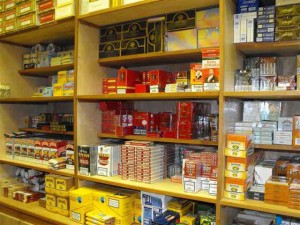 We welcome clients to our offices by appointment and if you are interested in vintage Havanas and Cuban cigar related antiques,our museum has the most mouth-watering collection in the world ! Of course you are welcome to sample cigars whilst you browse around and we always suggest that a good cigars should be accompanied by a (complimentary) splendid and exclusive Robert Graham Ltd single malt http://www.whisky-cigars.co.uk/robert-graham-whisky-c-255.html 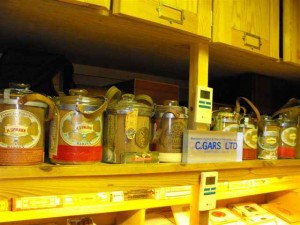 Oliva and Nub cigars are now being rolled out ( pardon the pun!) in our cigar stores and online stores over the next week and they are well worth a try. Great quality and excellent value…in fact they are seriously good value for a hand made premium long filler cigar

Mish and I were invited by Oliva Cigars to an excellent dinner at Boisdale http://www.boisdale.co.uk/belgravia/ last night where we had great pleasure sampling some of the range 🙂 Cigar journalist Colin Ganley took some photos of the evening and I will pop them on the website as soon as he emails them over 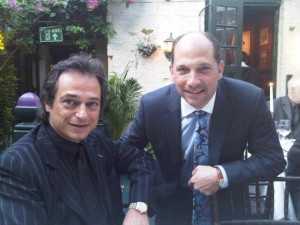 Oliva cigars are being imported into the UK by Tor Imports who are now owned by the JJ Fox group who in turn own the oldest and most beautiful cigar shop in the UK ( in London St James’s) Always worth a visit if you are in London.

Tuesday 16th June is the date for the 2009 Hunters & Frankau Summer Cigar Party. It will take place from 6.30pm to 9pm at Devonshire Terrace, a new venue for us in the heart of the City of London.£65 a ticket inc VAT. Email Mish if you want to reserve. sales@cgarsltd.co.uk

Hope to see many friends there.

Well that just about wraps up this month which has been our busiest since December! There may be a recession out there but a good cigar will give you an hour or more de-stressing time:-)

Free cigars? no no that was a joke sorry but now I have your attention 🙂 lets catch up with the weeks news:

Darling, chancellor (he of the stupid eyebrows) presented his budget, punished most, got it all wrong and lied with silly predictions that no one really believes.he obviously take the view that “the bigger the lie, the more likely someone will believe it” Umm… I don’t think so Darling, start counting as you have around a year in Parliament left and then we will all gladly forget about you….and your eyebrows!

The tax increase on tobacco was only 2%. Cigarette smokers have had 7p whacked on a pack of 20… c’est la vie, I can’t say I particularly care about cigarettes and happily told our retail chain to stop selling 10’s and cut their ranges down to the luxury cigs only. I could be wrong but I think the high cigarette prices probably just encourage more smuggling. I almost said “the type of cigarettes smuggled and then sold down the pub” but then I read an article in today’s Financial Times that reports 50 Pubs a week are closing down! Sheeesh! even smugglers are finding it hard in a recession!

Good time to stock the humidor up in all honesty. We reckon that the UK is likely to have a massive price increase in cigar prices in the next week or so, as importers look to sure up their margins to the slump in the value of Sterling.

So, enough of the budget boredom and I headed off to herf with a good pal in his humble castle in the countryside of France. There’s something rather civilized about France especially when you get away from the cities. The weather was glorious as were the cigars. We seemed to be stuck in the loop of 2007 BBF’s and UK regional Punch Serie D’Oro no.1. Could be worse. Matched them up with some Balvenie 15 and you have a good recipe for a most pleasing herf.

Friday and I was back in the London office, my sales team advise that we are busier than last Christmas season! In fact they were working so fast it reminded me of a 33 record being played at 45. A bit like a Benny Hill cigar sketch! why? what? huh? what’s going on? No idea, but we are assuming that due to the recession and lack of pubs, clubs, bars where you can smoke, many more people are spoiling themselves and smoking, drinking at home. Great idea I say

So what are we doing about it? well we have just refurbished and extended our London humidor and increased our cigars stocks enormously. In times of economic instability I have to figure that cigars are a better currency than…currency! And of course I can smoke them all as well (could take a while but would relish the challenge!) I think by the time I have finished merchandising the new humidor I may well have the largest stock of Havanas in the UK (I could be wrong but I won’t be far off)

In line with the increased amount of visitors to our London offices for sampling sessions,the range of Robert Graham scotch has increased as well http://www.whisky-cigars.co.uk/robert-graham-whisky-c-255.html. If you are a scotch drinker and you have not tried my range,you are missing out. “Trust me I’m a cigar merchant” (never trust a cigar merchant that tells you that!) Is anything more perfect with a Havana than a decent Single Malt? don’t answer that as I guess some Champagne and a few rums certainly do come close 🙂

Next week is shaping up to be fun with a launch of Nub cigars by JJ Fox and a Tor trade show to keep us busy mid week and more office refurb works later in the week. I may just have to stay at home and leave Michelle to play Boss next week 🙂

Oh and free cigars?….sure! just buy now before the price increases come through and when you look back in a few weeks time it may well seem like you got a few free smokes on your last purchase! 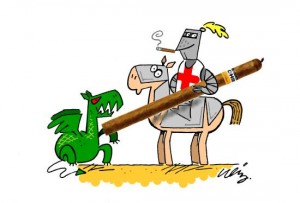 Increases on smokes and booze as expected )-: 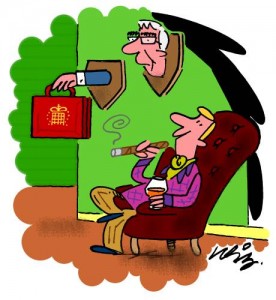 Our rather odd looking Chancellor (chap with the eye brows that don’t match his hair!) will present his Budget next week and is expected to raise tobacco taxes yet again. This could only be because the Government coffers are bare and they are trying to claw back money from wherever the possibly can.

Do they really have justification to rip off the smoker yet again? I say “no”, because we have near zero inflation and because we are all tired of being ripped off in this country by a Government who has spent all its time squandering until there is nothing left to squander.

To add to the misery of the smoker, there are two other price increases looming next week or soon after…. manufacturers annual increases and increases due to the collapse in Sterling’s value by 25% against the Euro and the Dollar.

So what’s the good news? well the good news is that I have filled my shops and our offices with the most enormous quantity of premium English Market Selection Havanas as well as fabulous accessories. But I strongly suggest you order now, pre budget and other increases so you take advantage of current pricing. When the pre budget stocks are gone… they’re gone.. 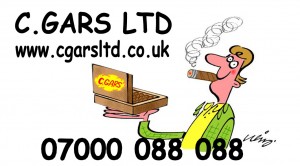 More retrofit works start at our London humidor on Tuesday to double the size and increase client locker space as well…. can’t wait, but wonder how soon we will out grow it again?!

I’m heading back from the sunshine of Israel after the weekend to the rain of London )-: Great timing as I have almost run out of cigars ! Its been a fabulous trip and lovely to meet up with old clients and make a lot of new friends too.

OK must head for the deckchair and my morning La Gloria Cubana Gloriosos. 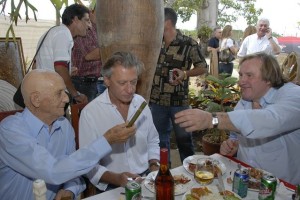 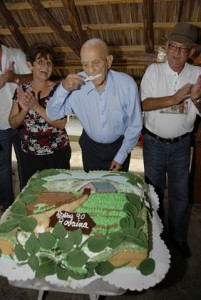 This blog comes to you from sunny Israel where I am herfing with friends and clients over the next couple of weeks and introducing them to the pleasures of our fabulous English Market Selection (EMS) UK exclusive regional edition Punch and La Gloria Cubana cigars. In fact I have smoked nothing else for the last few days! 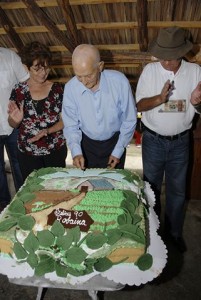 Don Alejandro Robaina has just celebrated his 90th birthday and thanks to our friend and excellent photographer Eric Rigori you can see some fabulous photos (spot the famous personalities!) of his birthday on my blog 🙂 We all wish Don Alejandro many more happy birthdays. 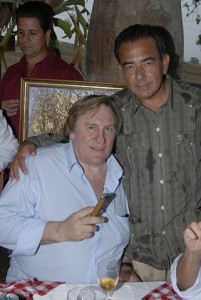 If you are outside the EU and order any box of 25 English Market Selection Vegas Robaina cigars this month… we will send you an extra 5 free… just mention you saw the offer on SmokeyMo’s blog. 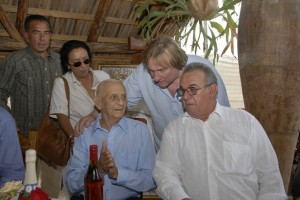