I can’t believe it’s the end of January already ! It’s been one helluva month for herfing and I think I may have gone for a world record last week!!

The week kicked off with my partner Ron and I spending a decadent day at Berry Bros. & Rudd in St James. Champagne and wine tasting in the morning (we are adding to the extensive wine list at Puffin Rooms) followed by lunch in one of their beautiful dining rooms, followed by a whisky tasting with Ronnie Cox. We had the guided tour round this magnificent building and learned a lot about this amazing company established in 1698. 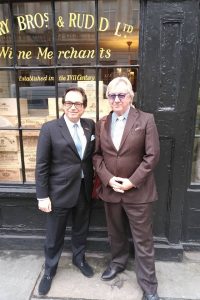 Before lunch we zoomed into 1A St James to say hello to Robert Emery and have a sneaky Trinidad Reyes and after the whisky tasting we popped into Davidoff to say hello to Eddie Sahakian and grab some Robustos to herf at The American Bar at The Stafford.

We then herfed on to the Lanesborough to meet our American friends Jamie and Marc where we smoked a few old El Rey Tainos with a few old fashioned cocktails before heading to The Arts Club for dinner and more smokes and drinks.

The next day we headed up to Turmeaus – Liverpool where I hosted a Davidoff – Orchant Seleccion Lancero  cigar and Dalmore  single malt whisky tasting event feature King Alexander which was sublime. This was a sold out event within minutes of tickets going on sale and we had a brilliant crowd.

The tasting was followed by cocktails and dinner at Puffin Rooms which was perfect … as ever.

I was back in fighting form on Thursday for another herf with friends at The Lanesborough where we whammed through some Partagas Salomones  and Maduro No. 1 another great evening was had by all. 🙂

Lots of new arrivals over the last week including :

I’m delighted to announce our new range of premium Nicaraguan cigars ‘ Mitchellero’ will be launched in the next day or two. These premium cigars have been exclusively made to a blend that I have created by Nestor Plasencia who is a bit of a legend in the Nicaraguan cigar business. There will be 5 sizes initially and they will of course be unbeatable value. Smooth, rich and full flavoured. Very sweet tasting tobacco and an incredibly perfect draw with flawless wrappers. 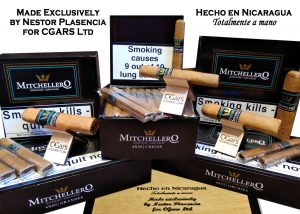 Our 2018 cigar auction program dates are all set now with 4 auctions planned. The first sale is on the 21st of February and the Lots are for buyers outside of the UK only. Lots will be online 10 days before the sale as usual. We are selling a splendid collection of Limited edition, vintage and mature Havanas of excellent provenance.

We are still accepting Lots for our March 20th sale which is open to bidders worldwide including the UK . The catalogue closes on the 1st March  and we expect to be knocking down some 300 Lots of Pre Embargo, Davidoff, Dunhill, aged and rare Havana cigars on behalf of clients.

London is getting cold again so I’m heading off to the sun for some R & R with a baggie stuffed full of Bolivar Belicosos, Davidoff – Orchant Seleccion, Talisman (of course!) and Avo Syncro  I have even managed to sneak a bottle of Stalla Dhu – Ben Nevis in my case 😉

Apparently today is Blue Monday though it doesn’t seems like that at C.Gars, unless it refers to a blue haze of smoke 🙂 We should have just cheered you up a bit more anyway with our January Blow Out Sale!

We kicked off a very busy January with sales in store and online at record levels. Almost 100% stock availability (except for the elusive Siglo VI and Behike range) and 100% on time order fulfilment. Not a bad start to the year… 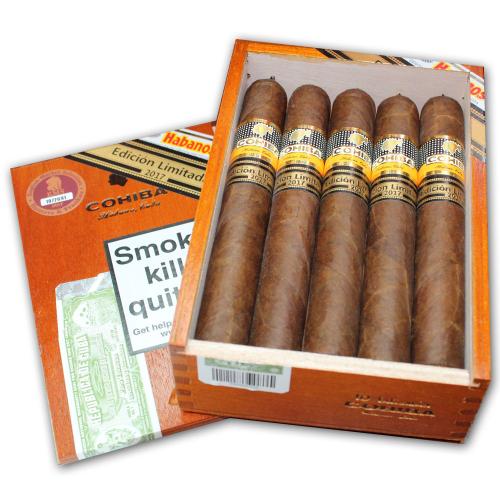 We’re expecting to release some more of the exceptionally popular Cohiba Talisman later this month though I would guess they will be snapped up fast. We also expect to have some more Romeo Wide Churchill Gran Reserva by the end of the month. Great start to the year!

I met Ed, the owner of a fabulous new cigar store in Kensington this morning and we chatted in the office whilst sampling Bolivar Royal Coronas. We agreed that London or perhaps the UK(!) really is the Mecca of the premium cigar world. Visit him on Kensington Church Street. It’s a beautiful shop and humidor.

Last week I zoomed around our beautiful Turmeaus cigars and whisky shops/sampling lounges in Chester, Knutsford and Liverpool and enjoyed a splendid sampling evening at Turmeaus Late Hour cigar shop and lounge in Liverpool.

I also had a quick sampling session at our La Casa del Habano Chester. The huge walk in humidor is crammed to the ceiling with an amazing range of Havanas including the exclusive LCDH releases. The next tasting event is here 14th March 2018 – tickets available here. 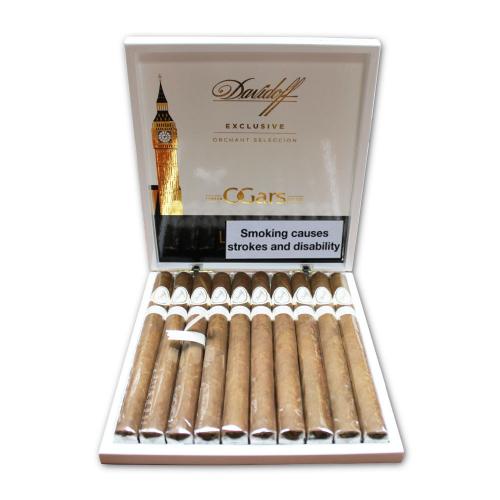 We enjoyed the super exclusive Davidoff Exclusive Orchant Seleccion Lancero paired up with single cask Stalla Dhu Ben Nevis and Auchroisk. This was followed by dinner from the new menu at Puffin’ Rooms and great music by Sue Kirby Clark untill… well rather late 🙂 I can’t wait to be back next week for what should be a rather amazing Davidoff and Dalmore event – tickets available here.

I went to see the Darkest Hour yesterday and Gary Oldman’s portrayal of Churchill was quite remarkable. No wonder its getting such great reviews. Well done to Gary Oldman smoking so many cigars! I remember selling this amazing cabinet of cigars some years ago that I reckon were one of Winston Churchills favourites.

My G.M. Michelle is on vacation this week so I’m working twice as hard at C.Gars London but I reckon I should be able to sneak off to the Lanesborough at least for a couple of evenings to get some herf action in! Best in service, cigars, food …well everything. I just love it there 🙂 Perfect place to wind down after a hard day in the office. 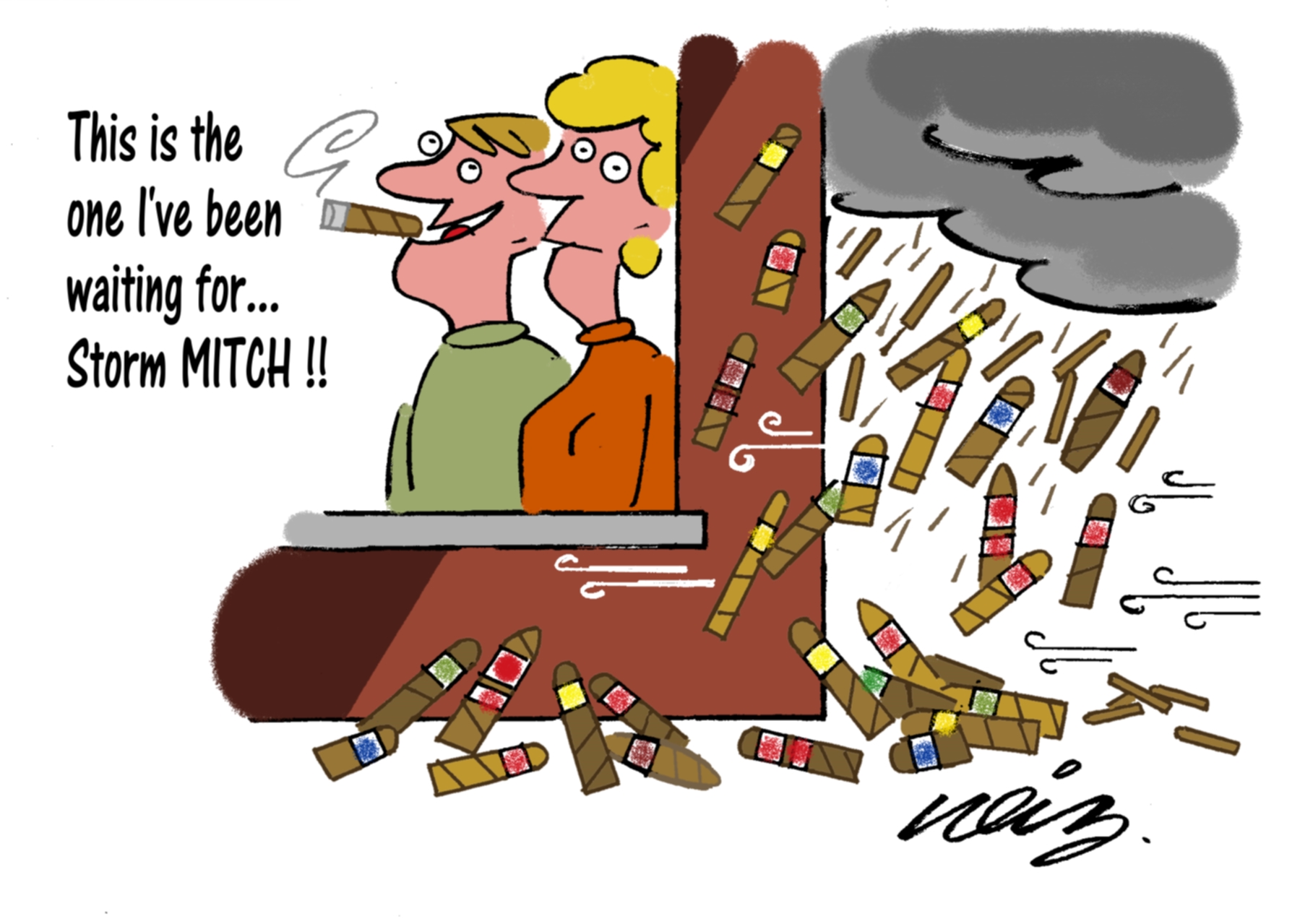