I’m delighted to welcome Armando to our London office this week where he is rolling some delicious robustos for me and …for you 🙂 email for details sales@cgarsltd.co.uk

Armando Risoto Perez is a 34 year old cigar roller from the Partagas factory in Havana. He has been working there for a total of 9 years, working his way up through the grades to become a top Torcedor, grade 9, which allows him to construct the most complex of sizes and shapes. 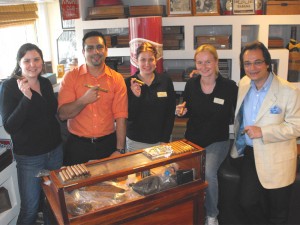 He thoroughly enjoys his work and is happiest when rolling. He is currently in charge of rolling the Salamones shape, yet with this shape being incredibly hard to make he can still construct over 50 a day. 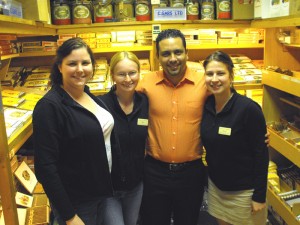 He smokes cigars occasionally, preferring the larger sizes. His favourite at the moment is either a Churchill or a Prominente.

If you would like to see Armando rolling and smoke a fresh Havana, we welcome clients by appointment

My week ended with a trip to Geneva on Friday. Not the usual mooch round the cigar stores but this time at the kind invitation of our friend Gilbert, we (Me, Zaff and Christoph) were surprised to be taken to a vineyard. I say surprised as I never knew that wine was made in Switzerland. 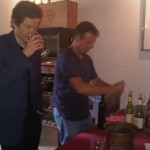 After the guided tour of Domaine des Trois Etoiles www.trois-etoiles.ch we were treated to a lengthy wine tasting starting with a cheeky little white called Aligote and progressing through quite a range of good white wines that I am told are mainly sold the local restaurants although they are available by mail order. 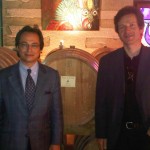 On to the reds and Gilbert was trying to educate my palate to the differences of Gamaret and Garanoir. Not sure I got it but the “Ampro” was an excellent red wine and the Merlot wasn’t too bad either. 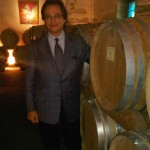 All this drinking and not a smoke yet but fear not as lunch was at a cigar friendly restaurant (how civilized the Swiss are) “Le Vignoble Dore” www.vignobledore.com and we puffed our way through some Romeo short churchills (smoking very nicely indeed now) Bolivar Petit Libertador( French regional edition) and my favourite Punch Serie D’Oro no.1 (UK regional edition) Lunch was splendid I would thoroughly recommend this delightful restaurant which is only 15 minutes away from the airport 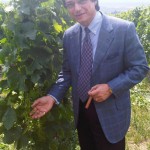 British design company LINLEY has joined forces with the UK’s leading independent cigar importer, Hunters & Frankau, to create a unique offering for the cigar enthusiast. In June they are to launch a series of high end, one off and limited edition humidors containing rare cigars supplied by Hunters & Frankau.

LINLEY has established a reputation for creating beautifully made unique products using woods and inlay in an imaginative, distinctive way. Hunters & Frankau are the exclusive importers of Cuban cigars into the UK, their heritage and involvement with the cigar trade dating back to 1790. Both LINLEY and Hunters & Frankau are experts in their respective fields and the combined knowledge of these two companies has been used to create a rare purchasing opportunity for the true connoisseur. These are special pieces for those who have a true love of accomplished craftsmanship, and for those who are passionate about collecting and enjoying cigars.

El Laguito Humidor
The first piece in the collection is a one off piece inspired by Laguito cigar factory, the famous factory on the outskirts of Havana where Cohiba cigars are made (Cohiba is the flagship brand of Habanos).
More details…..

Skyline Humidor
The second humidor in the LINLEY Hunters & Frankau Collection is called Skyline and is made in a limited edition of five.

To mark the 50th anniversary of the Cuban Revolution, LINLEY has created a limited edition series of Cuban Flag Humidors. In a series of 50, this is a ‘must have’ for enthusiasts of Cuban cigars. The box features marquetry inlay depicting the Cuban national flag in ripple sycamore, satin walnut and Santos rosewood encased within walnut lippings. The box is distinguished by an undulating ‘ripple’ effect on the surface which evokes a flag fluttering in the wind. Containing a Cigar Spa humidification system it is lockable and can house up to 50 cigars. Available with or without cigars

Please note that as these humidors are custom made, we have a lead time of 10-12 weeks from receipt of order.

This week could go down in herfing history as one of my busiest weeks ever. Tuesday evening Hunters and Frankau held their fabulous Summer Cigars Party in the City to introduce the new Montecristo Open range of cigars 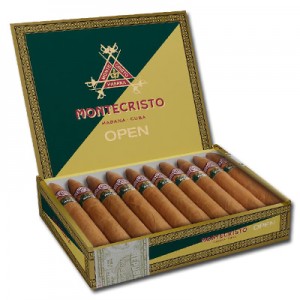 I think the Open are best described as light and fresh and certainly an interesting smoking experience, grab some soonest as we always feel first production batches are best.

The dry and warm weather held up thankfully and we smoked all through the range with the exception of the Eagle accompanied by copious quantities of Moet Chandon whilst enjoying music from an excellent Cuban band. Our thanks to Hunters and Frankau for yet another splendid evening. 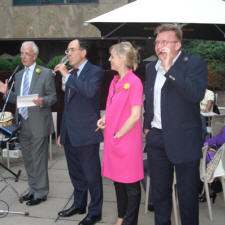 On Wednesday I enjoyed the annual Tobacco Trades lunch at Lords with guest speaker Carol Thatcher who was ab fab and a pleasure to listen to. Very supportive of the tobacco retailers rights to sell our products without excessive Government interference. Well done Carol.

Wednesday evening I had dinner at my favourite restaurant Boisdale in Belgravia with Brian Ebbesen who has kindly agreed to assist at our planned cigar auction on the 30th November We smoked our way through 3 Punch Serie D’Oro no.1 each “ just because its my current favourite cigar 🙂 And, there are not many of these limited edition cigars left now so you have been warned! Top up your humidor before it’s too late

I think I’ll take tomorrow off! I may need to as we are hosting two rather large parties on the weekend 🙂

Just back from the beautiful Isle of Islay http://www.islayinfo.com/

7 friends enjoying a week taste testing single malt whisky, trying to pair up scotch with Havana cigars. It was a tough job but our “CigarGroup” (formerly known as the No More Scots smoking Club) was up to the task 🙂

We managed to get through around 16 different expressions of various brands including Ardbeg,Jura,Bowmore,Laphroaig and others but our favourite was Bruichladdich http://www.bruichladdich.com/ where we enjoyed a private tour and tasting with director of production Jim McEwan.Jim was an absolute star, spending plenty of time chatting with us about his background as well as the distillery and the industry in general. We tried a number of different single malts and were very impressed indeed.

If all goes to plan we will have an excellent vintage Bruichladdich aged in Latour cask that we will make into a cigar malt in the next few months.

Jim kindly let us taste his Bowmore 1994 which was delightful and the CigarGroup ( Gordon, Craig, Chris, Christoph, Zaff, Ron, Tillman, Mitch) are looking forward to stashing a few bottles in due course.

I was very impressed with Jura http://www.juradevelopment.co.uk/web/index.php the Island as well as the whisky.It seems to be the lightest of all the Islays and doesn’t drown out a cigars flavour in the same way as the more peaty scotch does. Jura has some of the most beautiful views I have ever seen

We stayed at Octovullin Farmhouse http://www.scottish-castle-holidays.co.uk/the-isles/octovullin.html and spent the evenings herfing through an extraordinary amount of Punch serie D’Oro no.1, Partagas SP no,2, La Gloria Gloriosos and of course our old favourites: Monte 2’s 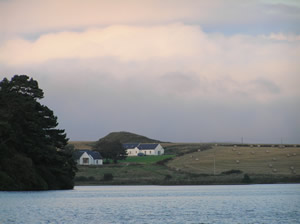 If you like a scotch with your cigar as I do check out my website http://www.whisky-cigars.co.uk/ Possible the best range of scotch on the internet. 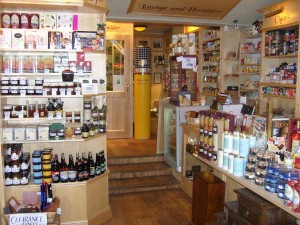 Back to the London office on Monday and looking forward to a very very busy weeks herfing including the Hunters and Frankau Summer party, the Industry lunch at Lords on Wednesday and no doubt a dinner or two at Boisdale.