Greetings from sunny West Hollywood …this blog comes to you from my balcony where I’m enjoying an Oliva – Orchant Seleccion Chubby in 27c sunny blue skies. No wonder people look so happy here, I haven’t seen a cloud in the sky for the last month 🙂 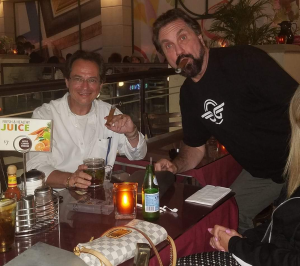 I’ve been spending Summer in LA for as long as I can remember and have so many friends over here going back over the last 22 years, I actually have to move from one herf to the next on the same day just to get to see everyone.

It’s a bit of a crazy world where cigar smoking apparently is not welcome at a lot of places but weed is legal. Go figure…. That said, I have no shortage of places to go for a cigar. there’s GHR and Nazareth’s in Beverly Hills, State Social in WeHo, The Spot in Encino as well as hotels such as the Sunset Marquis and SLS to name a few where they have good areas to herf in the sunshine.

It’s been a very hectic herfing schedule with my chums from New York flying out for a week of non-stop herfing at Redondo Beach (TY Larry) GHR (TY Peter) and San Diego (TY VC) . They left and I carried on herfing in Bel Air (TY LS), The Duffy herf in Long Beach (TY Bob) and numerous other friends’ homes.

I’m enjoying the best of Fuente and Davidoff cigars and everyone seems to be handing me Havanas! (they seem to have more than me and I don’t even sell to them!!) I sent ahead a couple of cases of Orchant Seleccion Cigar Malt to enjoy with friends and that’s going down very fast!

Being a bit of a petrol head, I finally managed to get my dates right and go to Pebble Beach for the incredible Concours d’Elegance show followed by smokes at The Inn at Spanish Bay which can only be described as idyllic. I also went to the Sunset GT car meet in WeHo which had the most breath-taking super cars on display (no smoking though!)

I’ve settled into a good routine of 4 hours work on the balcony every morning with a good cigar or two. Technology is quite amazing… I don’t think I could have run a business of this size remotely 22 years ago! I think the 8-hour time difference actually makes it easier to keep up with the mad pace of C.Gars business.

Aiming to be back in the London office by mid-September to wrap up the auction for the 22nd September as well as celebrate my 55th birthday and the release of my Bolivar Belicosos – Seleccion Orchant. As I was born in 1964, I have selected 64 specially numbered boxes with double banded cigars of exceptional appearance and quality. They are available on pre-sell early September. 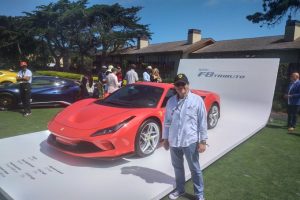 I have managed a little down time with concerts at The Greek and enjoyed seeing Blondie, Elvis Costello and The Steve Miller band 🙂 my kinda music. 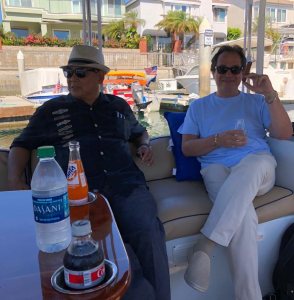 My Sales Team tell me the weather is great in the UK and sales at record highs this year. I’m guessing it’s due to the weather? Or maybe the Brexit effect?!

There are still ongoing supply issues with Havanas with little supply of BHK’s, Partagas Salomones, Siglo VI and Lanceros. Fortunately, our stock levels are deep so we manage to iron out most rough spots.

El Rey del Mundo La Reina – UK regional is still officially our fastest selling cigar ever. We are getting dribs and drabs of stock availability for this delicious Lancero sized cigar… but you may need to get your orders in fast as they are likely to be out of stock again very soon!

I have noticed a remarkable improvement in Havana cigar quality from boxes with 18 and 19 codes recently. In fact, not only is the quality and blending dramatically improved on 15 and 16 code but the construction is dram 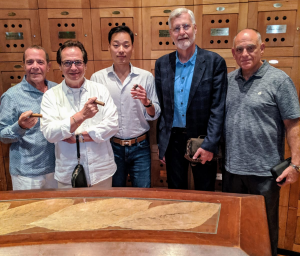 atically better. I recently enjoyed Magnum 54’s and CoRo’s that were better than I can remember them in a long time.

That’s the news for now, the sun is going down so I’m heading out for a walk with a BBF 🙂

Have a smokey rest of the week 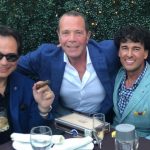