It’s been a great year at C.Gars Ltd 🙂 I’ve been as busy as ever travelling the world, holding cigar dinners, herfing with numerous friends on numerous occasions and taste testing the finest mature and vintage Havanas. I attended the February Festival del Habanos and November Partagas Festival in Havana.

I was particularly impressed with the limited edition Montecristo Sublimes and Partagas SD5 and particularly disappointed that the 2008 UK regional editions were not released although we are hopeful they will be available in January of 2009. Trust me… they are worth the wait.

The UK exclusive Ramon Allones Belicosos was my favourite cigar of the year (Hunters and Frankau now out of stock! eek…did I smoke that many?!) followed closed by Partagas P2 and Bolivar Belicosos.

The UK smoking ban is now well over a year old and whilst I am not sure (nor do I particularly care) how it has affected cigarette smokers, clearly it has had no affect on cigar smokers as we have just completed our best year ever. No doubt an Englishman’s home is still his castle!

Congratulations to my London sales team (Michelle, Elishka, Marci, Mirka and Lucy) for their incredible work and dedication over the Christmas season. Multi thousands of orders and not a single back order. Hopefully all our clients have their cigars in time for Christmas and of course there’s still time to order for your New year celebrations

Well done to Laura, my long suffering I.T. manager (long suffering as not a day goes by when I am not bombarding her with more ideas, corrections, additions, deletions, moans and groans!) for managing our growing cigar & whisky empire online. I don’t think we ever dreamed we would be this big!

Thanks to Christoph and his team at La Casa del Habano in Hamburg for making 2008 such a great year and well done to our teams at Turmeaus retail cigar and pipe shops in England and of course Ron, Fraser and the team at Robert Graham cigar shops and Global Whisky shops in Scotland

Last but not least my thanks to Hunters and Frankau, the UK Importer and distributor of Havana cigars who have been so supportive of C.Gars Ltd over the last year

Zoomed up to Liverpool and Chester yesterday for some herfing in our Turmeaus retail cigar stores…but could hardly get in as they were so busy with Christmas shoppers! No credit crunch in my cigar business thankfully:-)

Just about managed to power herf a Por Larranaga Magnificos in my Chester shop ( yes I found they have a few singles tucked away!) and a couple of delicious Monte 2’s in my Liverpool shop. 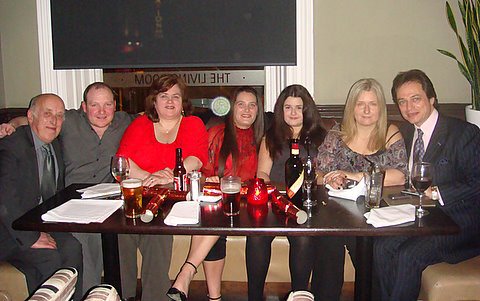 so well done Turmeaus!
Had a bite to eat at the Living Room in Liverpool….recommended although sadly no smoking area. Not to worry…smoking is legal in hotel rooms so I finished the evening with a Davidoff Margaux from 1987…sublime

Just to make your mouths water, here are the details of the delightful exclusive to the UK La Gloria Cubana Gloriosos

The La Gloria Cubana Gloriosos, the first of the two Regional Edition cigars that have been authorised by Habanos S.A. in 2008 exclusively for the United Kingdom.

Just 20,400 Gloriosos have been made at Partagas, the factory responsible for La Gloria Cubana. They are presented in 2,040 numbered, varnished boxes with rounded sides containing 10 cigars each.

Each cigar bears two bands, one for the brand and the other declaring ‘Exclusivo Reino Unido’ or ‘Exclusively United Kingdom’

Sorry but you can’t have them! Not because I have smoked them all already ( always a risk ! ) but because they are not in the UK yet. Now we are ever hopeful that those lovely chaps ( and chapess’es!) at Hunters and Frankau will get their hands on them soon after Christmas…and so will we, but if you want to ensure your allocation,we will take your money now and guarantee your order as the interest in this limited edition cigar is higher than I have ever known for any other cigar.

Of course we do expect a substantial allocation but if you don’t preorder there is no guarantee we will have any left!

I have absolutely no idea! but who cares he’s still a great entertainer 🙂 http://www.manilow.com/

Saw him at the o2 this evening with my co – Director ( mission control) and I can honestly say he was as entertaining as when I first saw him at Wembley 30 years ago!

The o2 is an incredible venue and the acoustics were excellent http://www.theo2.co.uk/

Dinner at 7.30 ( quite splendid although Zaff was sternly reprimanded for walking in with a lit cigar!) …all finished by 8.30 and smokes on the terrace for some hours afterwards 🙂 with some excellent single malt.

Gordon was power herfing as ever,Craig was trying to keep up (did a good job) Wilkes was keeping his friend Yulia posing for photos ( only 22 and herfing Trinidad robusto extras!) and Zaff was ……talking !