I have always enjoyed bourbon. There’s something unique and comforting about having a glass or two of the ultra-smooth and supple elixir that reigns from Kentucky. I have picked out my favourites here, not only are they outstanding quality but also fantastic value too!

So, what exactly is bourbon you may ask?

Bourbon whiskey must be made from a grain mixture which is at least 51% corn. The fermentation process for this mixture is often started by mixing in some mash from an older already fermenting batch, a process known as sour mash. Much like how Scotch must be made in Scotland, Bourbon can only be labelled as Bourbon if it was made in the United States. While the rules are slightly looser with Bourbon than with Scotch it still has to conform to a few requirements.

The spirit must be distilled to no more than 80% alcohol (160 proof) and be no more than 62.5% when put into casks for aging in new charred oak barrels. Finally, Bourbon has no minimum aging period, but to call your product Straight Bourbon it must be aged for no less than two years (and can have no added colouring, flavour or other spirits added).

Blended bourbon, which the bourbon vs scotch whiskey enthusiasts have always debated to be impure, is permitted to contain colouring, flavouring and other spirits, as long as 51% of the mix is straight bourbon. The age on the bottle of blended bourbon must be the age of the youngest whiskey in the mix.

The first two in the running are the incredible BLANTONS Original Barrel and the BLANTONS Gold Edition!

everyone has access to the world’s first single barrel bourbon.

The taste profile is sweet with citrus and oak. A creamy vanilla nose features hints of nuts, caramel, orange and light chocolate. Blanton’s Original set the standard for single barrel bourbons. Best served neat or on the rocks. 46.5% alcohol by volume.

Nose: A spicy aroma of Dried Citrus and Orange Peels with a hint of Caramel and Vanilla.
Palate: Full and soft, marked by a mix of Burnt Sugar, Caramel, Orange, and Cloves.
Finish: A muted finish but also well balanced with vanilla, honey and citrus.
Best Served: Straight, on ice, or used in a premium cocktail.

Undoubtedly one of the greatest bourbons around, Blanton’s Gold Edition was created for discerning connoisseurs who appreciate an

Hand-bottled from the best casks at the distillery, this bourbon whisky is profoundly full-flavoured. Best served neat or with a splash of water. Bottled at 51.5% alcohol by volume.

Another top favourite of mine is this rich and intense nectar from BAKERS!

A powerful Small-Batch Bourbon Whiskey which utilises a special kind of yeast for extra smoothness. Named after the grandnephew of Jim Beam, Baker Beam, this is a well-aged Small-Batch Bourbon which makes use of a special strain of yeast which the Beam family have made use of for over 60 years. Described as rich and intense, this Bourbon makes for the perfect substitute for an after-dinner Cognac.

Nose: A full and fruity nose with rich hints of caramel and toffee as warning spices rounds the nose off.
Palate: Nutty with plenty of tangy citrus fruits with more spice and a gentle vanilla, rounded off by char.
Finish: Rounded and of good length – warming with a delicious sweetness with coffee.

Now this is a bourbon definitely worth trying! Silky smooth, complex and a true masterpiece of great Kentucky elixir and such a cool bottle too! 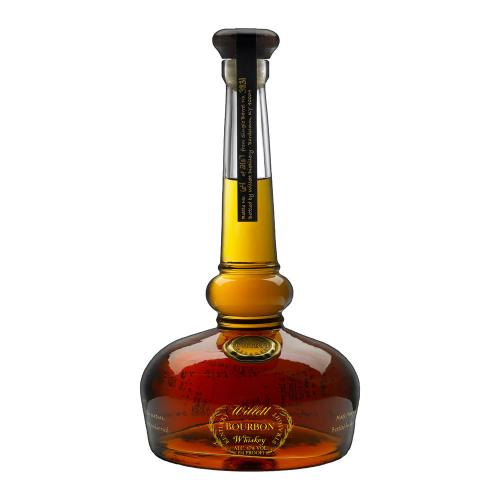 Firstly, there is a noticeable floral element with a rich nose of corn, leather, tobacco with just a hint of tobacco. Warm rye and a dab of oak also feature.

A subtle heat and lack of an after-bite on the finish combine to make this Willet Pot Still reserve, one of the smoothest bourbons around.

I hope these great Bourbons have inspired you to try something really special and to appreciate what the true taste of the Wild West has to offer. 🇺🇸 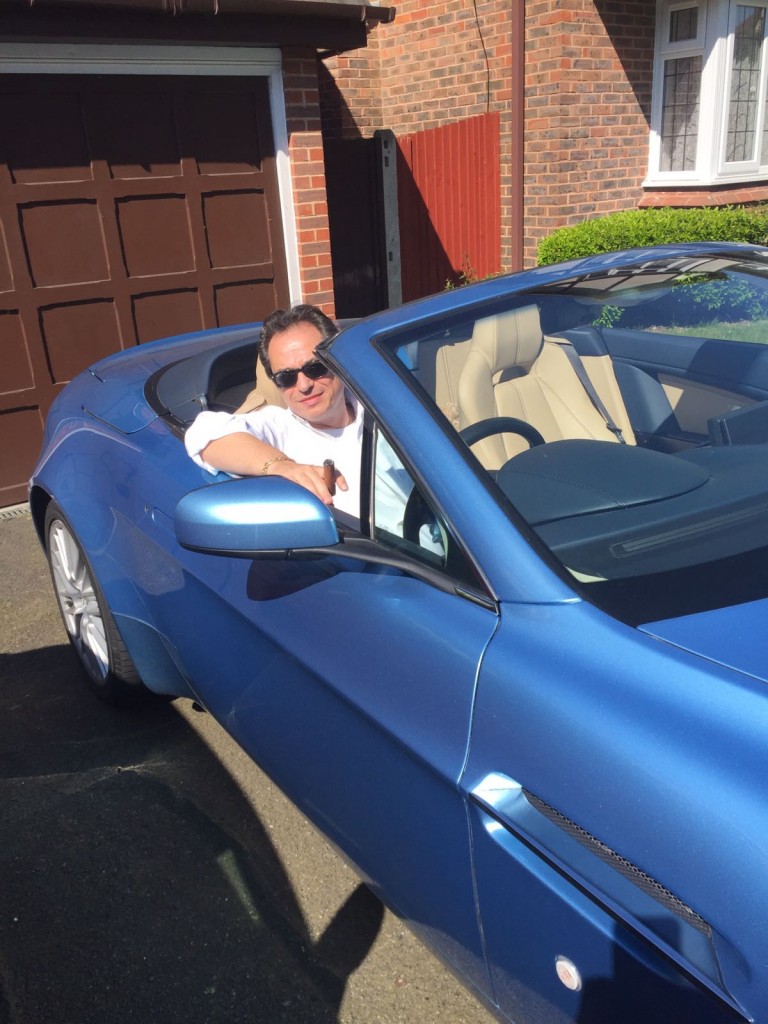 Good morning from sunny London! Well at least it was perfect cigar herfing weather over the weekend with London getting up to 24C. That may explain the mad uplift in cigar sales last week 🙂 (Thank you lovely C.Gars and Turmeaus clients). Nothing wrong with a little al fresco herfing that’s for sure.

My travels took me to Pennsylvania to visit our friends at Cigars International in Bethlehem where we are having a lot of fun working on some very cool projects together and then on to beautiful Chicago (unseasonable but very nice weather too) where I enjoyed hosting a few Pre Embargo Havana cigar tasting events at The Clayton. 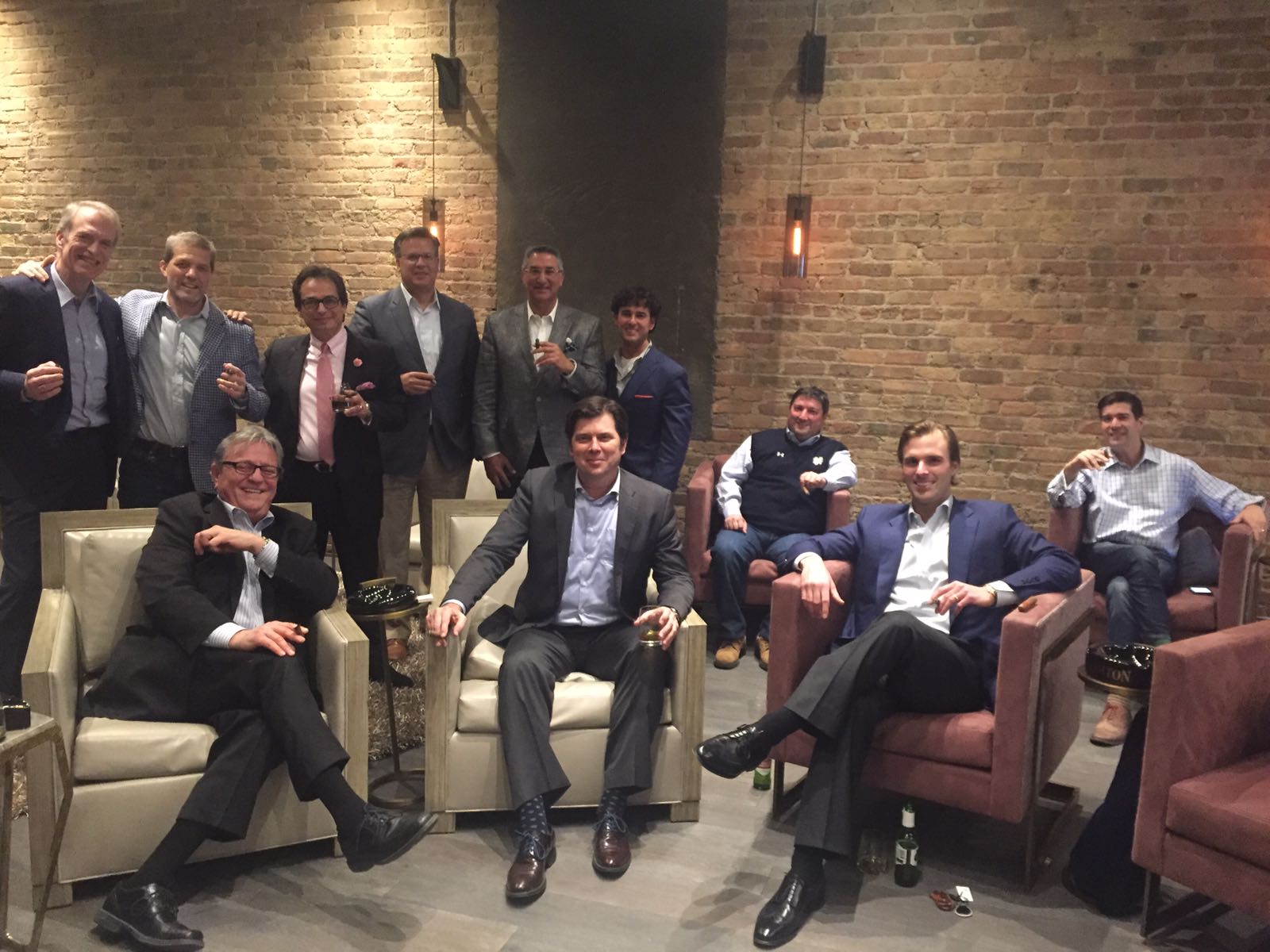 We had a fine crowd of cigar aficionados at the sold out events and enjoyed some rather incredible 1930‘s Partagas and Romeo y Julieta cigars . Amazing how perfect storage can ensure that cigars of this age are still a ‘smoke’. The cigar shop at The Clayton really is cool, the design of the humidor is very modern and the range of premium cigars is just perfect. Knowledgeable staff (Dennis and Israel) make this an all-round perfect experience for the novice or experienced cigar smoker.

New York was the last stop on the US trip and some serious herfing activity was enjoyed at GHR, Carnegie Club and Bar & Books. Again, we had rather lovely weather so it was a perfect finish to the trip.

I was back just about long enough to sign off our new mobile friendly website (all comments welcomed) and then head off to France/Spain for a few days. It’s great to be home again and have no flights till the Summer time as I now focus on putting the finishing touches on the second phase of our Liverpool expansion due to open next month. More details to follow later this month. 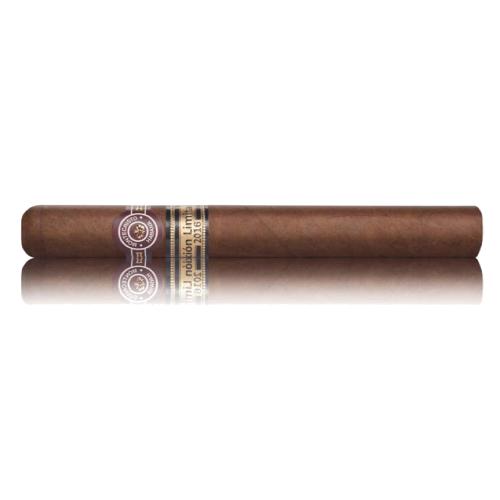 This cigar looks like a winner to me. It’s a great blend and well-constructed. The wrappers are a beauty to behold and I reckon this may become a super popular cigar for smoking and investment, much like the Montecristo Sublimes Limited Edition was/is.

The new packaging laws I believe come into effect on May 20th so if you like your tobacco packaging as it is now, you may want to stock up as its all changing. As a result of the new legislation a lot of tobacco products will no longer be made for the UK market as its not cost effective for the manufacturers to do so. 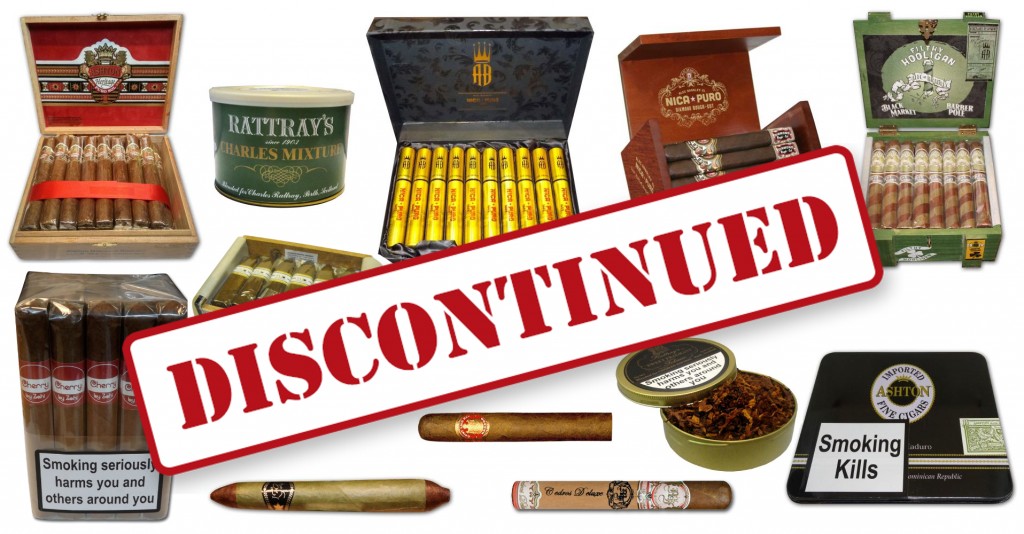 We have tried to make this easier for our clients to understand by showing products as ‘(discontinued)’ on our website and genuinely , I’m afraid, when they’re gone… they are indeed gone. Find them all here.

Premium cigars will all have different health warnings to now and the new packaging is already coming through. Not too massive a change except for small boutique brands such as Inka- Secret Blend and others where the costs of new packaging become a bit of a pain but hey ho, it is what it is. Our best-selling New World range of Secret Blend will survive the changes and continue no doubt to be the most popular New World cigar in our vast range.

The recent Budget and manufacturers price increases (in a part due to the weakness of Sterling) ensured the cigar smoker was whacked with a pretty hefty price increase on all tobacco products. I reckon around 8% as a mean average. We kept our price increases as tight as possible and as ever guarantee best value in the UK. With over 8000 products in our range we may get it wrong once in a while! But… we will always price match 🙂

I popped out for a spot of al fresco lunch last Thursday to Boisdale Mayfair (it’s the closest Boisdale to my office!) I have been here a few times since its opened and I can’t praise it enough. Great food, wine service and a comfortable smoking terrace. 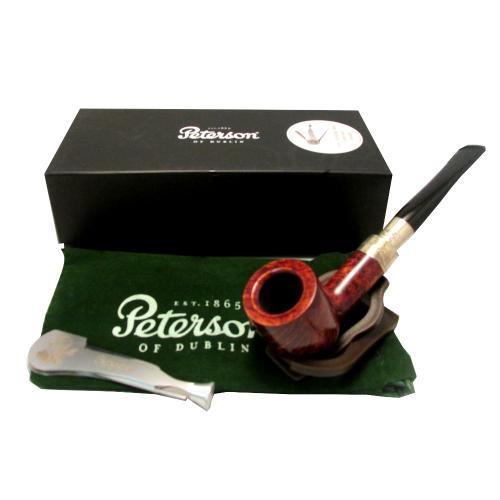 Our pipe and pipe tobacco department seem to be busier than ever and adding more products by the day. There is a huge range of Peterson Pipes and I am reliably assured by my team that our prices are the best in the UK.

I reckon we also have one of the largest snuff ranges in the UK just a massive choice. I’m not a regular snuff user though I do enjoy it when I’m on a plane.

In the booze department, we have just added the rather magnificent Louis XIII which is available at Turmeaus Liverpool, Chester and Knutsford and added quite a few rare whiskies as well. All available for next day delivery 🙂

I’m working on our next cigar auction for the next few weeks and as ever putting together a fine catalogue of aged and rare Havana cigars to be knocked down online on the 11th June. 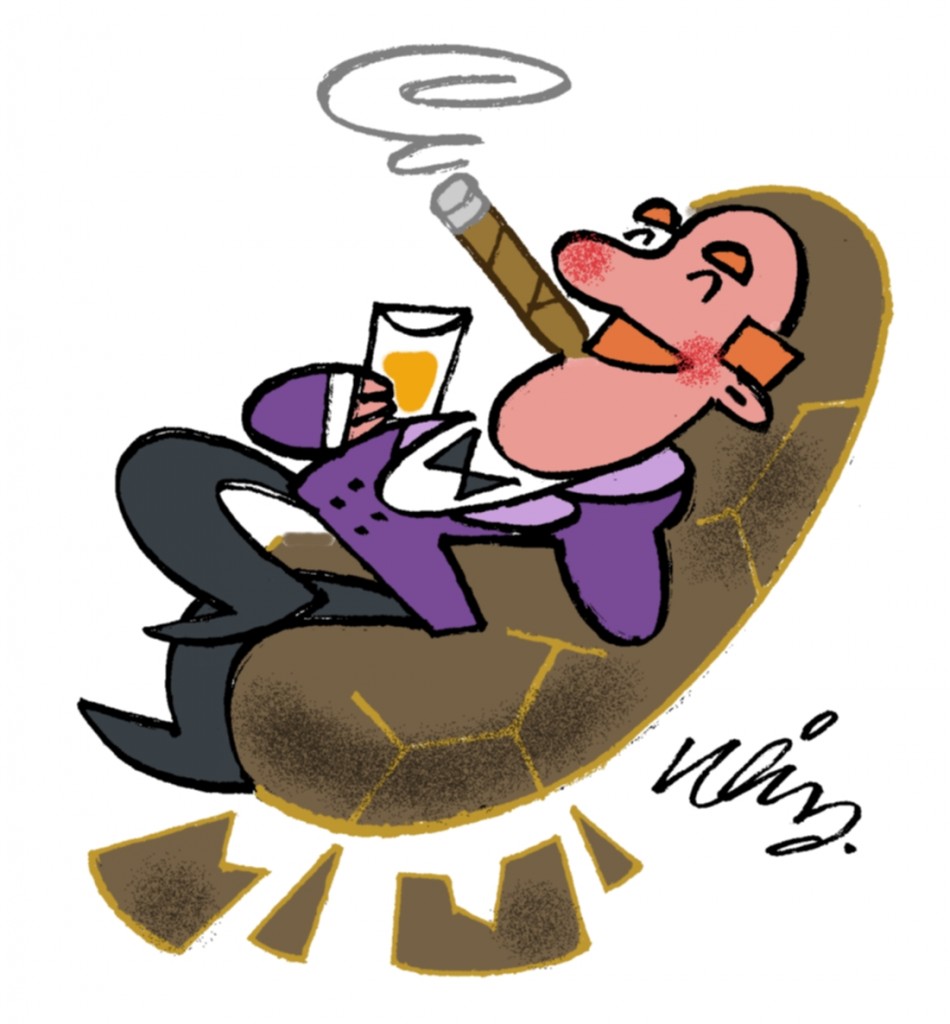