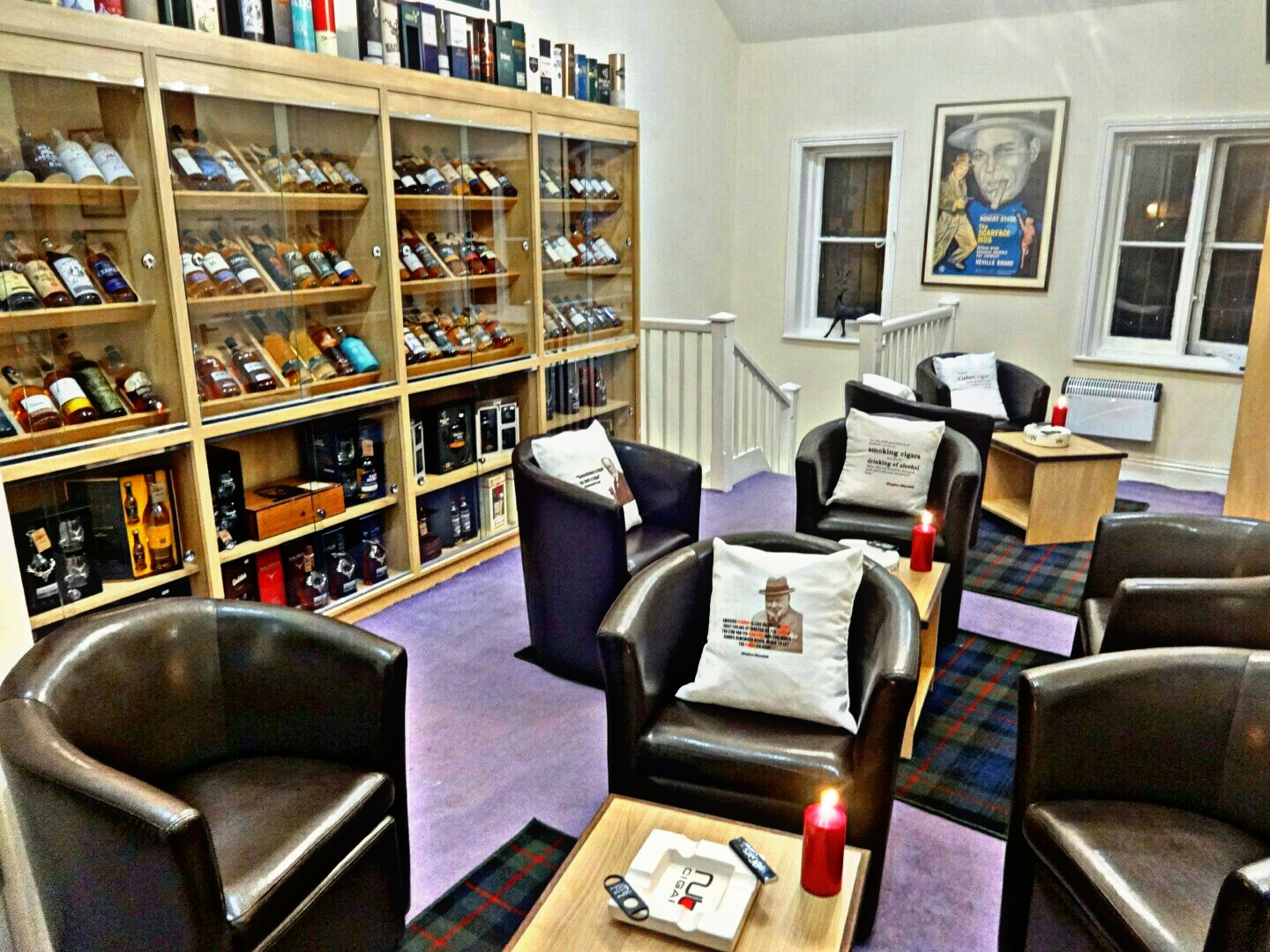 Its definitely Christmas time from the aches and pains in my back after spending a week playing at being a retail cigar merchant at Turmeaus in Liverpool, Chester and Knutsford! I don’t think I can ever remember a busier Christmas season or for that matter a more fun season (aches and pains aside!)

Karyn and I had such a great week at the Turmeaus shops working 15 hour days helping the Team. We are both fairly useless in retail so we helped out filling shelves and packing orders mainly 🙂 whilst sneaking in the odd cheeky cigar and dram now and again! 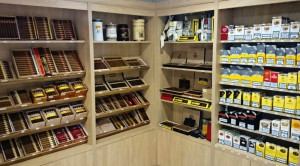 The new Knutsford Turmeaus is open but we still have a month of ‘ finishing touches ‘ to complete which includes a wine room that we are building as well as a lot more imaging and furniture as the premises are in fact far larger than we thought when we originally zoomed past it in the car and decided ‘yup yup – that’s the next Turmeaus’! (call me impulsive!) The lounge is already complete and super comfy. The range of products is 90% complete with an extensive amount of Havana and New World cigars, pipes and tobaccos, single malt whisky, rum, gin, vodka, wine and champagne. The shops features a fabulous range of Dunhill humidors, cutters, case and all other cigars accessories. A great place to visit and herf at for sure 🙂

Our flagship Chester Turmeaus was busier than a train station at rush hour! Thank goodness we opened the third store just in time! The La Casa del Habano humidor and lounge had queues of customers coming in to buy their Christmas cigars as well as sample many in the lounge. This has to be the largest cigar and whisky specialist store in the UK? A paradise for our clients and it was so wonderful receiving so many compliments from them over the course of the week.

The UK really is a Montecristo market and it never ceases to amaze me how many of these fine cigars we sell to our clients. So, we built a bit of a Montecristo mountain in the La Casa humidor! By the time I had left it was reduced to a mole hill 🙂 I definitely am the king of selling Montecristo!

That said, New World cigars such as Inka – Secret Blend, Oliva and Fuente were also selling like there’s no tomorrow and UK regional editions such as the splendid new Bolivar Belgravia were flying off the shelves.

The addition of the 3rd shop in Chester that specialises in premium spirits has received a very warm welcome and the comfy tub chairs in the bar area were constantly full of clients enjoying single malts and G&T’s. We’re licenced to sell by the dram so you can try before you buy from our extensive whisky list. Very cool… 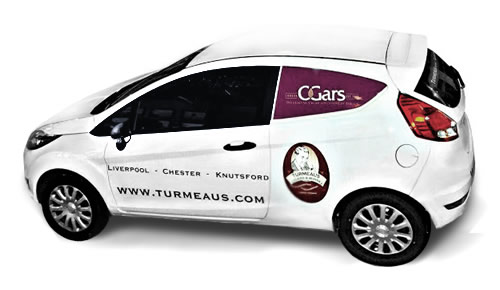 We did manage to have a little R&R during the evenings which included our shop fit out supplier dinner at the wonderful ‘Abode’ as well as the Chester Turmeaus Team dinner at the super cool Bar – Lounge loads of Champagne, great food, after dinner cocktails and some great smokes (Davidoff Chateau Margaux 1981) Bar – Lounge is a super place to herf.

I also went over to the two Turmeaus shops in Liverpool where again the customers were queuing to get in to buy their Christmas smokes and drinks. Small specialist shops with a huge range and always a warm welcome. I’m looking forward to expanding substantially in Liverpool in 2016.

C.Gars – London and Norfolk hit a new order shipping record on Monday with over 1000 mail order parcels being shipped! And that was after 24 hour shifts on the weekend and numerous courier and post collections all day, every day. Incredible achievement and well done to the C.Gars Teams. We have the largest stocks in the UK and give the best and fastest service possible. Don’t take my word for it – read what our customers say about us. 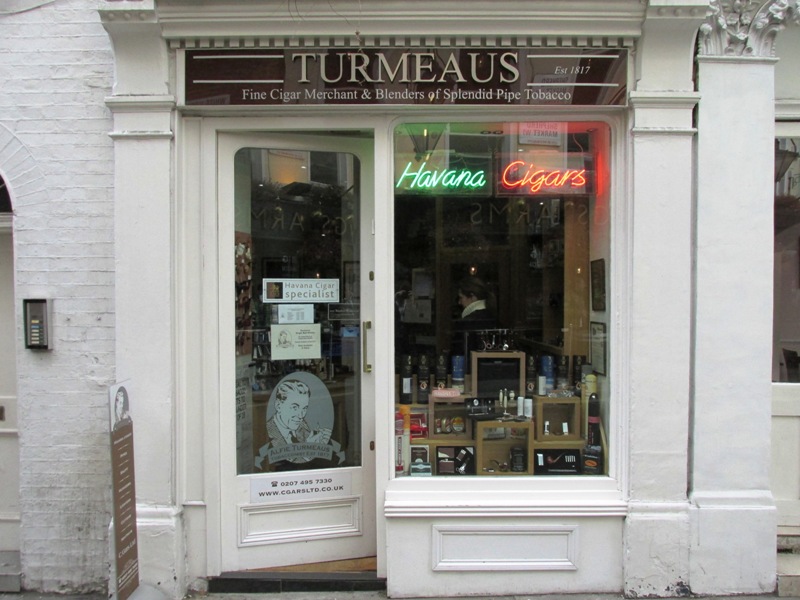 So, it’s the last few days till Christmas and after catching up at C.Gars London, I’ll be herfing… Oops I mean working at Turmeaus – Mayfair. Small but cool and with a comprehensive range of premium cigars as well as a comfortable sampling area.

I’m ever so proud of the C.Gars Group, the growth this year has been substantial with two additional Turmeaus shops and record sales. Despite all the anti-tobacco legislation (and rather stupid much of it is) we continue to go from strength to strength. We plan to open more Turmeaus cigar & whisky shops in 2016 and in 2017 we will celebrate the 200th anniversary of Turmeaus Tobacconist Est. 1817; quite a milestone.

Check out the opening times for our shops over the holidays on this link, Turmeaus Chester will even be open on Boxing Day this year! C.Gars Ltd is online and available to assist and advise 24/7 every day of the year.

I’m looking forward to a few days kicking back with a baggie stuffed full of 2007/2010 and 2014 Bolivar Belicosos over the long weekend and a few vintage Davidoff as a ‘pat on the back’ treat after a great year. I’m going to pair them up with some Benrinnes 1995 – 19 year old single malt whisky from Robert Graham Ltd (thank you Steve Johnstone!) and 2002 Pol Roger Champagne (thanks to my favourite cigar merchants, Edward and Eddie!) 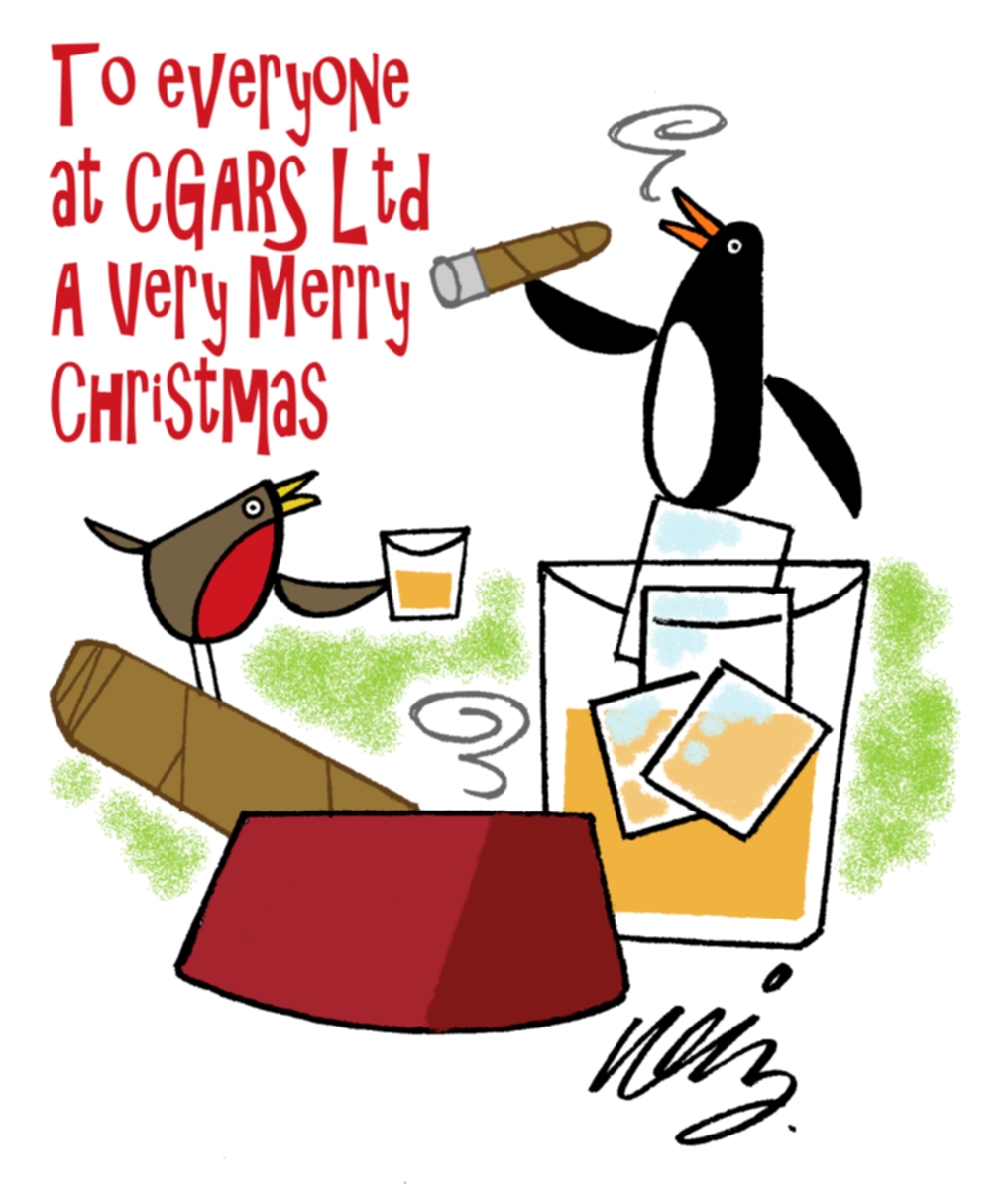