Following my last blog and rant about the ‘Chantler report’ on standardized packaging for tobacco in the UK, the results sort of came back like this:

The Minister announced the findings of the Chantler Review and declared the Government’s intention to take the policy of standardised packaging forward. 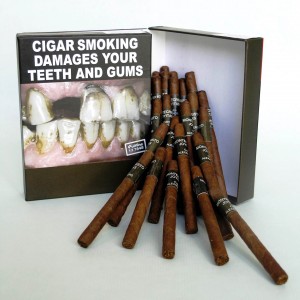 The Minister said that she is ‘minded’ to proceed with introducing regulations to provide for standardised packaging. However, before reaching a final decision, and in order to ensure that that decision is properly and fully informed, she intends to publish the draft Regulations, so that it is crystal clear what is intended, alongside a final short Consultation in which she will ask, in particular, for views on anything new since the last full public Consultation that is relevant to a final decision on this policy.

Under questioning she said that she will publish the draft regulations and the Consultation document, together with an Impact Assessment, this month and expects that the policy will be introduced during this Parliament. She did however say that there needs to be a sensible transition period and would not be drawn on when Standardised Packaging would actually appear on the shelves.

As ever, none of this make much sense to a simple cigar merchant like me as standardized packaging has already failed abysmally in Australia where tobacco sales have increased. The reality is the UK will just have more illicit trade of tobacco robbing the exchequer of much needed tobacco tax revenue and no doubt many more businesses will go to the wall and many more jobs lost.

Could be a repeat of the UK smoking ban in 2007 which murdered the pub trade just as the recession started to take grip. Pubs closed and continue to do so, jobs were lost, tax revenue was lost. Bravo politicians… Another genius piece of work that has failed. Did the nanny state smoking ban make any difference to the smoker? Not a jot… You couldn’t make it up.

I commend the brilliant politicians that want to reduce underage smoking but I repeat; children don’t smoke cigars or pipes. At least I have never come across a child coming into one of our specialist cigars stores asking for a Monte 4! Under 25’s (we use Challenge 25 scheme) are not even allowed into our shops!

So legislate as much as they want but leave cigars and pipe tobacco exempt and the hell out of this madness.

Michelle, my “Man Friday” returned from a fabulous vacation in Czech Republic with the obligatory cold caught on the plane back just in time for me to head off to New York on Thursday for a long weekends herfing activity. I relaxed in the Virgin lounge and had the usual facial and massage (hey – I’m metrosexual!) and a glass or two of Champagne before hopping on to my Upper Class seat. Now either the seats are getting smaller or I am getting bigger but considering my diet (the 5 + 2) is working very well, I reckon the seats are smaller. Good luck to anyone much taller than me on the flat beds! 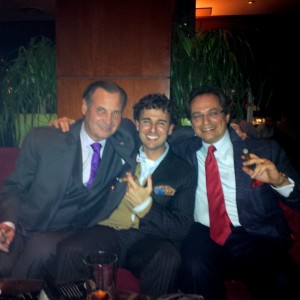 I love NYC – so civilized and cigar friendly. I checked into my hotel on the Avenue of the Americas, changed into my smartest suit to look like a toff and headed to Grand Havana Room to meet with a few friends. Well, more than a few friends actually as I reckon there must have been around 15 or so of us doing some serious herfing.

GHR was crammed full, I was amazed at how busy this huge cigar lounge was. Armed with a baggie full of Inka – Secret Blend and Davidoff cigars and having a constant refilled glass of Mac 12 and Balvenie 12, it’s fair to say that a bloody good and late herf was thoroughly enjoyed by all ☺

Friday morning and I settled into my usual routine of herfing at De La Concha cigar shop/lounge. DLC is an “Olde Worlde” cigar shop and a very charming one indeed. Plenty of seating and I always enjoy sitting at the front by the window so I can watch the world go by. It’s so funny as numerous people walk by and look in with either looks of disgust at people smoking, smiles or in the case of a number of Asians; smiles and waves! 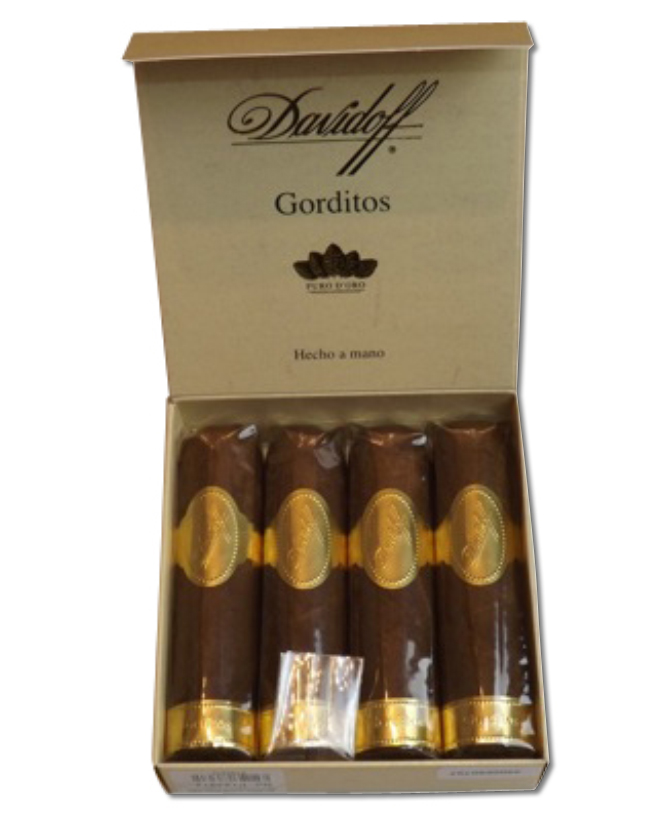 I herfed my way through a load of Davidoff Puro D’Oro sizes that we don’t seem to have in the UK (probably due to the barmy taxes that would be applicable on the size/weight of the cigars) such as the Notables and Gigantes. I love the blend of Puro D’ Oro, here are our notes:

Puro d’Oro features 100% Dominican tobaccos to make up its wrapper, binder and fillers. Inside, you’ll find a smooth, elegant blend of Dominican long leaves all bound by a Dominican binder. Davidoff’s exclusive Yamasa wrapper creates a unique flavour of coffee and spicy notes as the oily wrapper leaves a heavy feel on your palate.

The small range in the UK can be found here.

Saturday and I headed for Carnegie Club for the late show which is a tribute to Frank Sinatra, a couple of friends joined me and we had fun doing a bit of a blind tasting on the planned USA release of Inca – Secret Blend (not to be confused with the UK Inka – Secret Blend cigars) followed by Davidoff Perfectos.  Sinatra music, smokes and Scotch… My kinda evening.

Sunday was time for a chilled out afternoon at Club Macanudo and time to herf some serious Fuente cigars 🙂 In fact I was back to backing Opus X Perfect for a Sunday afternoon.

Headed back on Monday evening after another herfette at De La Concha and then off to the Virgin lounge at JFK for a bit of pre-flight pampering. Fortunately the aircraft was different for the return flight and the seats/beds more comfortable.

So thanks to my bunch of smoking chums that took very good care of me in NYC – Peter, Jay, Jeff, Leo, Rodney, David, Ricky, Howard to name a few. I can’t wait for my next trip.

Back to Blighty and straight to the C.Gars London office for coffee and a Montecristo No. 2 … it tasted sooo good after 4 days of New World cigars 🙂 Sweet and creamy, medium strength and a perfect draw. Still one of my favourite Havanas… After all these years.

Inka Cristales are now re-launched with an even sweeter Peruvian blend that is outrageously good and very cool new packaging – check them out on this link.

Can’t believe it’s Easter/Passover next week! The year is flying by. Looking forward to a little time off and if the weather holds up (it’s beautiful in London now) some herfing on the deck.