Polish your shoes and straighten your tie; we will talk about an American Legend, the one and only Authentic & Original, The Missouri Meerschaum Corn Cob Pipe. 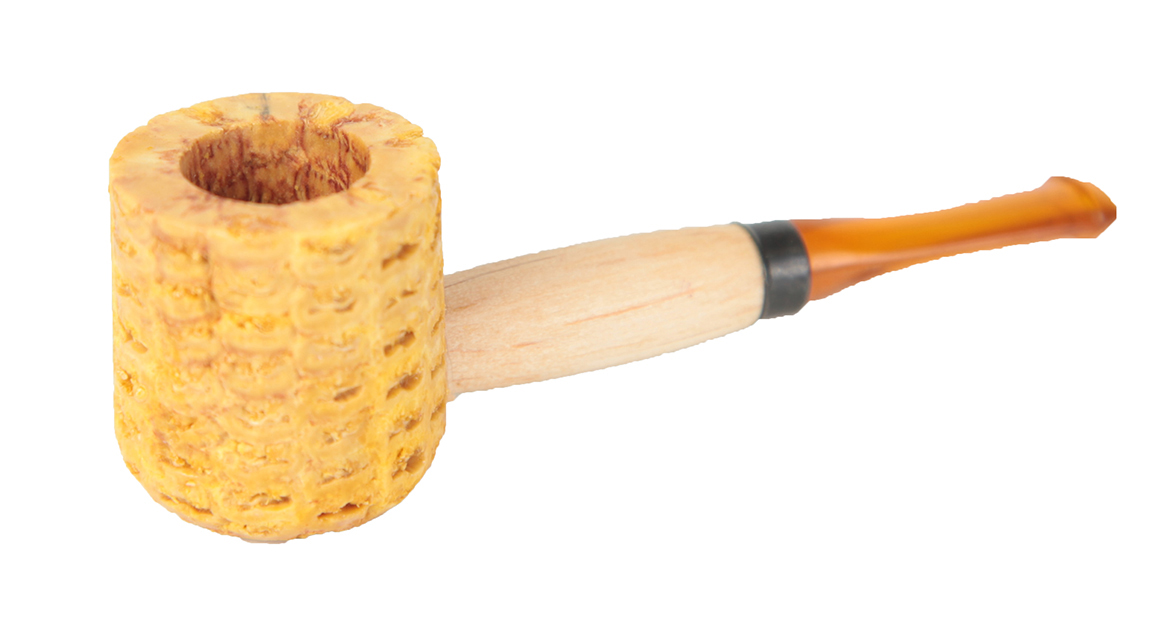 Henry Tibbe, a dutch woodturner, emigrated to America in 1860 after a fire destroyed his home and his factory in Enschede. The Tibbe family settled first in South Point, Missouri, and then moved to Washington,
Missouri.

How did he get to produce corn cob pipes? The story goes as follows: Henry opened a new woodturning factory. Soon after, a local farmer requested him to make a corn cob pipe. He didn’t just make a corn cob pipe but improved the design by adding a reed stem and turning the cob on his lathe. The new design was a success, and the demand started growing from the locals.

He didn’t stop there and kept improving his design. 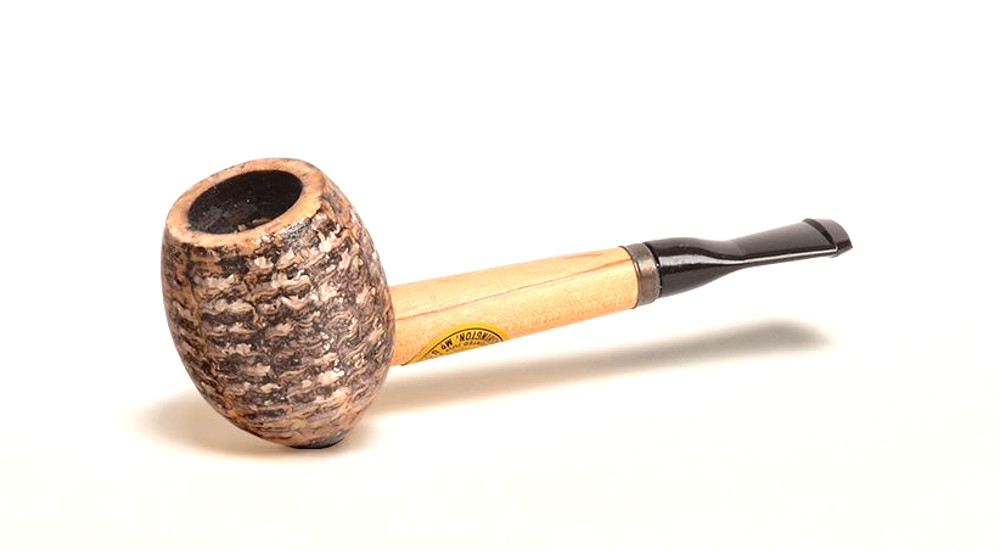 turned on a lathe.

Tibbe’s idea was straightforward but changed the corn cob pipe from a rural make-do object into a popular commercial product. After the new technique was patented in 1878, the Tibbe business grew exponentially and needed larger quarters. So they moved the factory to a building on Front and Jefferson streets and installed a steam engine to help manufacture the pipes.

In the early 1880s, Tibbe’s family built another factory on the corner of Front and Cedar streets. To this day, that factory still houses the company.

Henry in 1883 patented his pipes
and called them “Missouri Meerschaum,” the name selected by Fritz Tibbe, Henry’s brother.

In 1895, Henry Tibbe’s patent on the corn cob pipe expired, and soon after, Henry Tibbe died.

At the beginning of the 20th century, H. Tibbe & Son Co. became the Missouri Meerschaum Company.

Now, the Missouri Meerschaum Company’s factory produces over 3,500 pipes per day and ships them to every U.S. state and worldwide. 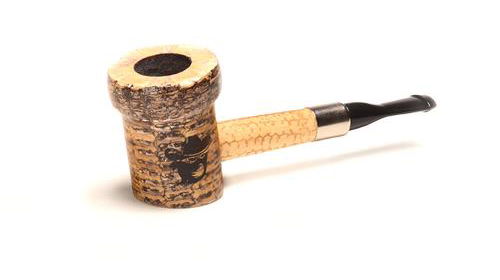 You might still wonder why Meershaum is part of the company name even though it is not used to make the pipes. Henry’s pipes were light weight, offered cool and dry smoke, and reminded him of the meerschaum pipes, hence “Missouri Meerschaum.”

It doesn’t matter if you are a novice or seasoned pipe smoker; a corn cob pipe should be a staple in everybody’s collection. So check our collection, and I’m sure you will find the right one for you!