New cigar releases are almost monthly this year and the latest if the enormous Romeo y Julieta Wide Churchill which came out this week (available in 10’s and 25’s as well as singles) I tried this cigar in Havana in February and whilst impressed with it wondered how popular a cigar of this size would be? I need not have worried as they have been selling like crazy since they arrived.

Tested the Wide Churchills out whilst herfing with friends at the Lanesborough cigar terrace one evening and was not disappointed. Matched up with a few bottles of Tattinger Rose, some good food and the best of company – this could become one of our regular herfing smokes ☺

I zipped over to La Casa del Habano – Hamburg for lunch with Christoph on Tuesday as I wanted to try out the German regional edition Ramon Allones. But we had sold out! Unbelievable – hoping for more to arrive any time now and that gives me a good excuse to go back to our, lovely Hamburg store.

2010 UK regional Por Larranaga Regalios de Londres expected in the next 6-8 weeks and the Flor de Cano we are all waiting for is not likely to make an appearance till much later in the year.

Busy weeks herfing in the London office with friend from New York popping in on Thursday and friend from Texas on Friday – the house champagne was going down fast and well matched up with Cohiba BHK 54’s 🙂 Looks like Cohiba Behikes are more or less unavailable now and never really reached the rest of the world (or not yet as far as we can tell) we are hoping the UK market will get a further allocation in August. We have a few sticks stashed away if you haven’t tried these incredible smokes yet, you are really missing out!

Just heard that James Suckling has retired from Cigar Aficionado last week. I like James and I thought his style of writing about Havanas really developed over the years. For me, James really was ‘The’ Cigar Aficionado – enthusiastic and passionate about Cuba and Cuban cigars. I wish him well and am sure the cigar world has not heard the last from him.

Just read that Cubatabaco lost the appeal case in the USA regarding the Cohiba brand dispute with General cigar co and this coincided well with a few of my clients asking me ‘what will happen when the embargo ends’ so as well as my stock answer of ‘I honestly don’t know’ I think it’s safe to say that the trademark/brand disputes for just about all but the new brands should keep the lawyers and the court systems busy for some years to come. 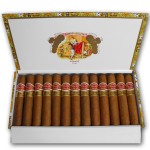 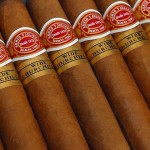 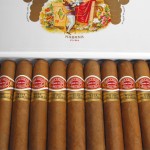