This is definitely party (or event!) season kicking off with a brilliant cigar and whisky tasting last week at our La Casa del Habano in Chester. We treated attendees to shoe shines (thank you Paul) with compliments to Loake shoemakers and wet shaves (thank you Elliott) with compliments of Suave Barbers whilst delicious canapes were served by our friends at Bar Lounge. Whiskies included various 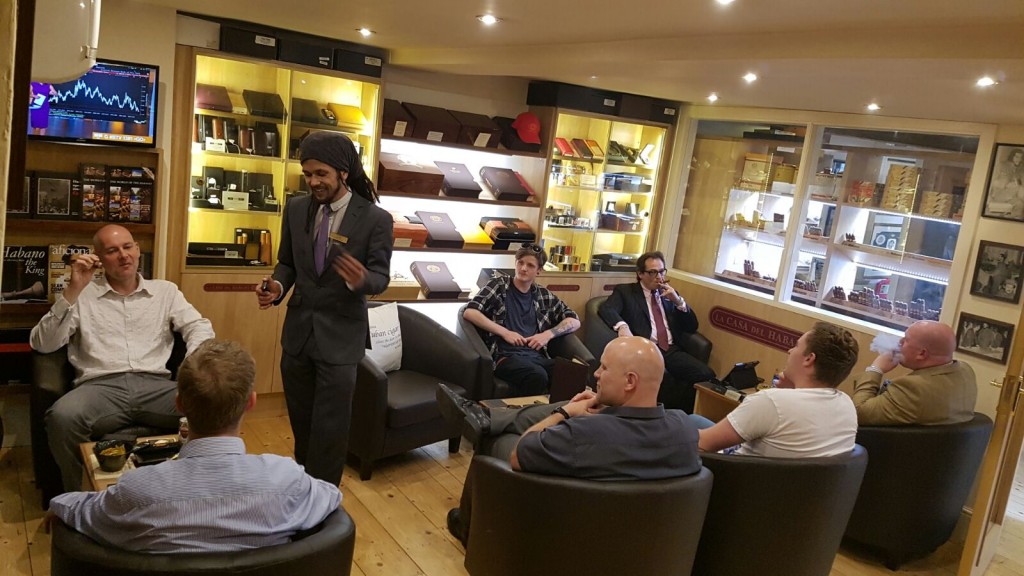 Glen Scotia’s and Stalla Dhu’s (to name a few) and cigars included Upmann Half Coronas and Por Larranaga Sobresalientes. Rather tasty combo’s. An additional mega whisky tasting session was also being held in the LCDH back bar with a massive selection of Bruichladdich which were quite splendid. I can’t quite remember what we were celebrating but we had an awesome La Casa del Habano cake…as if I need anything specific to celebrate!

Whilst up North I also swung by Turmeaus Knutsford and Turmeaus Liverpool and did a little stock sampling for quality purposes. All was well I am pleased to report. I inspected the works at the new Turmeaus at The Albany in Old Hall street which is coming along very nicely indeed. Can’t wait to get this new premises open.

Tonight is the Hunters & Frankau Summer party at The Corinthia Hotel which I’m looking forward to. Hopefully we may get some new Havana releases finally! More details in my next blog.

The annual tobacco trade lunch at Lords is tomorrow. A few of our managers will be enjoying this event. I attended a few of them but gave up after one year George Galloway was the guest speaker (yes , yes – I should have checked before and then I would not have gone) I figured the organisers must have been complete idiots to invite this bigot so I didn’t want to be associated with this bunch of clowns. I think the clowns have all retired by now thankfully. Must be a good thing for the industry!

o the success story of the year (so far) has to be the Cohiba Robusto Supremo , this Limited edition from 2014. Measuring in at 5” and 58 ring gauge this whopper has bags of sweet Cohiba flavour in a very full cool draw. I reckon we have literally sold thousands of boxes and there seems to be no end in demand. If prices go the same way as other limited edition Cohiba these smokes are looking like great value.

It’s countdown for the Summer Cigar Auction  that will be held at The Bulgari Hotel in Knightsbridge next Monday. If you can’t make the event you can always bid online. Almost 300 Lots of rather sexy Havanas if I do say so myself. The auction is followed by a whisky and cigar sampling which should be at least as much fun as always.

Turmeaus Chester have a great event coming up on the June 23rd check out the details on this link  There will also be a Davidoff cigar roller in store from the 20th June rolling fresh Winston Churchill cigars. 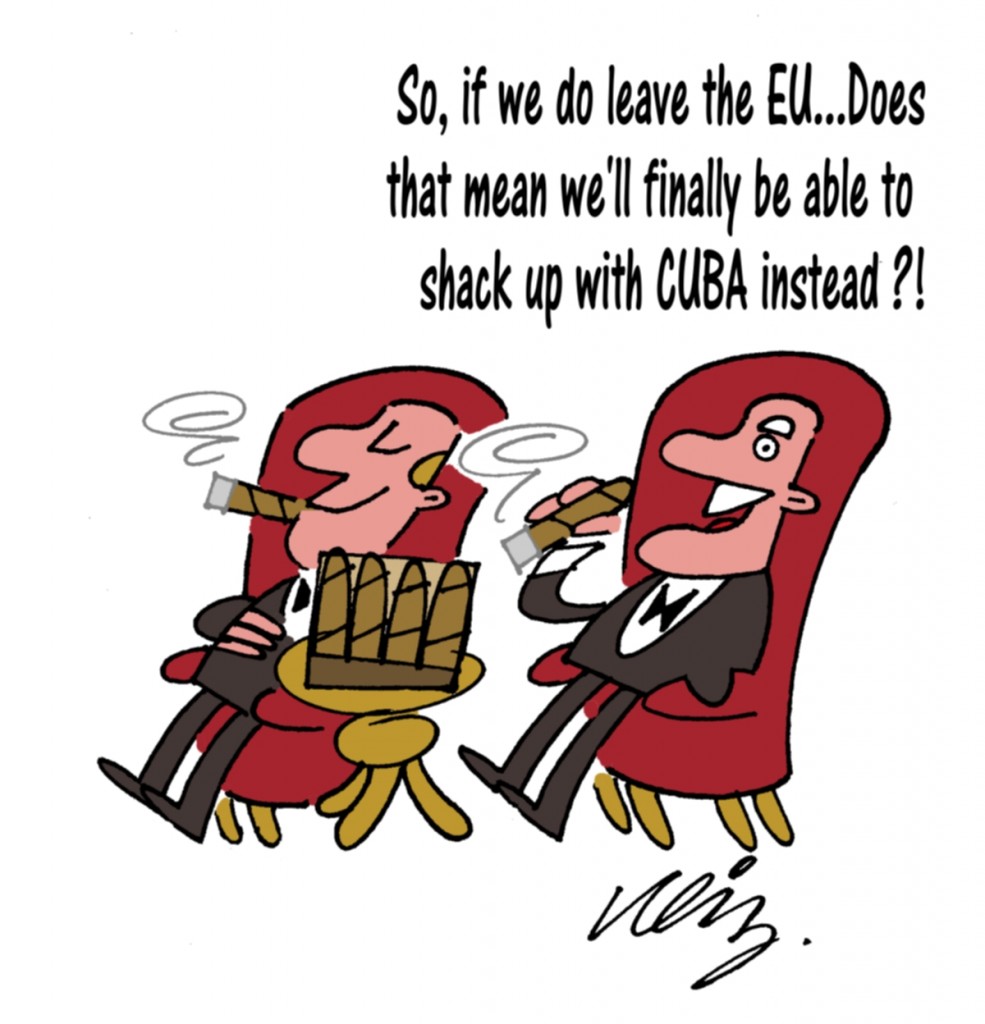