Hybrid wrappers are the combination of 2 or more different seeds to create a new one, some hybrids are exclusive for just one type of cigars or limited editions. Some examples are:

Criollo tobacco is one of the original tobaccos used in cigar making, and according to some, it dates back to the late 1400’s; the term itself means “native seed.” Like Corojo wrappers, they tend to be very susceptible to disease, so most Criollo-wrapped smokes you will find feature hybrid strains like Criollo 98. Criollo wrappers tend to be slightly milder than Corojo wrappers, but still have a bit of pepper in the flavour profile. Other notes include cocoa, cedar, bread, nuts, and a bit of sweetness. Ex: Davidoff royal:

This wrapper was extremely popular in the 90’s but is being used less frequently. The origin of the cigar is that it originally was developed in Cuba, hence its initial popularity. It was first grown outside of Cuba by Nestor Plasencia. This wrapper taste musty and earthy, and are way thicker than Connecticut Shade, but not quite as thick as the Broadleaf. This wrapper is mostly grown in Nicaragua, Honduras and Ecuador. Ex: AJF San Lotano Oval Habano, Avo domaine (both exclusive for CGARS in UK) 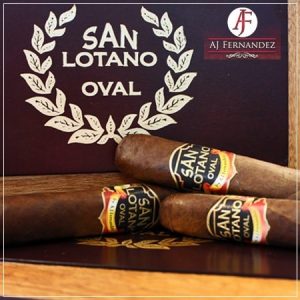 The Davidoff 702 Series 2000 is one of seven cigars that make up the Davidoff 702 Series. The concept behind the 702 Series is that Davidoff has taken seven of its staple blends and replaced the wrapper on each of the blends with its proprietary Ecuadorian 702 hybrid wrapper. The 702 wrapper is the product of a hybrid of three Cuban (Habano) seeds. The tobacco for the 702 wrapper is grown exclusively for Davidoff at the San Juan Finca outside of the province of Cotopaxi in Ecuador. By replacing the wrapper on these seven well-known blends, it creates a whole new cigar. Recently I’ve had an opportunity to smoke the Davidoff 702 Series 2000 – which replaced the Ecuadorian Connecticut seed wrapper with the Ecuadorian 702 wrapper. Overall, I found this to create a very different cigar from the original Davidoff 2000, but one that was still quite enjoyable.

I hope you’ve enjoyed reading about the different wrappers which may now help you choose something new or help start your journey into cigar smoking.