Bad year for celebs to say the least. I was so sad to hear about George Michael. I think that was the first concert Karyn and I went to together many years ago.

Fortunately it’s been a good year for cigars and specifically for C.Gars 🙂 In fact, the best year we have ever known with fairly meteoric sales growth and expansion.

We’re up to 52 staff now in our retail and sales teams, employing more apprentices than ever before, opening more shops, expanding our range of cigars, tobacco and whisky beyond our dreams and having great fun doing all of this! So, BIG thanks to all my team as well as all of our lovely customers for making this possible.

I don’t think Laura and I ever dreamed we would build such a gigantic business when we started out all those years ago! But we did 🙂 … and we ain’t finished yet, in fact we are just getting ‘warmed up’, we have further expansion plans for 2017 that extend way beyond our current Liverpool project. Watch this space… the best is yet to come!

The four day holiday weekend was brilliant, loads of down time and a lot of herfing with family and friends. I’m currently going through Trinidad Topes like they are candy sticks and went through a cab over the weekend washed down with a few bottles of Pol Roger Winston Churchill ( 1996 and 2000). The Topes is such a rich and bold blend and so far construction has been perfect on all that I have tried. I still can’t get enough of the UK Regional Juan Lopez Seleccion Superba – they’re flying off the shelves at record speed. Big smoke and a bit of a time commitment but during a long day at the office, I just love this cigar.

Our first auction of 2017 will be on the 26th February. I had to bring the date forward as the catalogue is almost full already, still time to get a few more Lots in but likely to close mid-January. I expect to offer a wonderful catalogue of aged, rare and unusual cigars as ever.

2017 will mark 20 years of C.Gars Ltd being in business on the internet and 200 years of Turmeaus cigar shops (Est. 1817) which is quite a milestone for any business let alone a cigar business! I have commissioned some very special limited edition humidors to mark the occasion and expect to release them late March. We have certainly come a long way since we took over the last surviving Turmeaus shop in Liverpool (it was a bit of a dump) and I think I can safely say I have restored Turmeaus to its former glory.

We will be celebrating the anniversary with a number of special events throughout the year at our various locations and spoiling our customers more than ever!

Still waiting for a lot of cigars to be released including the Cohiba Majestuosos Humidor (limited edition of 1966), the Hoyo Coleccion Habanos Book, the Partagas 170th Anniversary Replica Serie Humidor… and Romeo Wide Churchills Gran Reserva (yes… whatever happened to that one?!). Hopefully we may see some of the ‘good stuff’ early in 2017.

If my warehouse managers are right we’ve managed a 99.99% successful on time delivery service for our clients this month which can’t be bad. Even with the odd cigar going out of stock from suppliers, fortunately most of the time we have been able to iron out the rough spots with our cast cigar reserves and we intend to continue releasing cigars from our reserves next year.

I’m planning to celebrate New Year’s Eve with some Bilecart Salmon Rose 1989 and a Dunhill Estupendos 1989, may as well see the new year in with style 🙂

My warmest wishes (from bloody cold London!) for a peaceful and very happy new year. 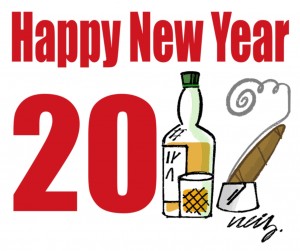