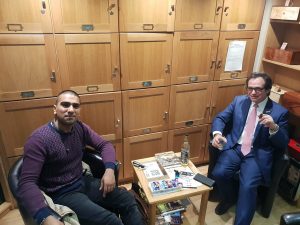 No travel zone for me this week as my G.M. Michelle is on vacation so it’s rather relaxing 4 hour days in the office with some serious cigar sampling activity and not much else ☺ … though I did pop into Turmeaus Mayfair for a cheeky BBF yesterday and a wee dram of Orchant Seleccion Cigar Malt (a marriage made in cigar and Scotch heaven I reckon). 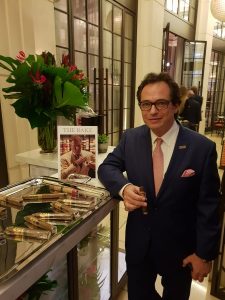 That said I did enjoy a splendid evening at The Corinthia hotel cigar terrace on Tuesday as I was invited to a very special Hublot watch event as brand ambassador in the UK for Arturo Fuente cigars. 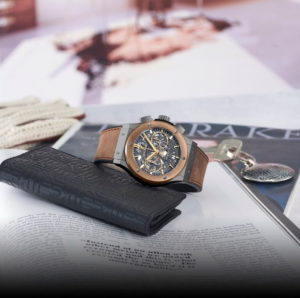 You’re probably wondering what on earth does Fuente have to do with Hublot watches?! Well check it out on this link, a very cool watch and a very cool partnership between these two luxury brands.

Even more cool were the special Hublot Fuente Opus X cigars specially made by one roller to celebrate the partnership and coincide with the 100th anniversary of Fuente cigars in 2012. I can honestly say that these cigars were probably amongst the top 3 cigars I have ever enjoyed in my entire life. Smooth, sweet and complex flavour bombs that are in a superior class of their own.

Fuente is an amazing cigar manufacturer  that we are proud to be the UK importer and distributor of. Now into its 4th generation this family business makes the highest quality cigars with a limited production of around 30 million sticks a year.

Established in 1912 and until 1962 the cigars were made from Cuban tobacco (Arturo Fuente was in fact from Cuba). Made in their own factory in the Dominican Republic since 1980 and Fuente have recently opened a factory in Nicaragua.

So a fun evening was had by a lot of novice cigar smokers and quite a few experienced cigar smokers too. Great to catch up with Adam, the head cigar sommelier at The Corinthia. The terrace is super comfortable and the walk in humidor has an amazing selection of cigars.

We are expecting a rather huge shipment of Fuente cigars in the next week or so. It’s been long awaited and I expect our Fuente clients will be very happy when they see the selection 🙂

I’m off to Boisdale Canary Wharf for a wine tasting and a cigar, or two, or three… and a quick planning session for The Cigar Smoker of the Year 2018 event 🙂 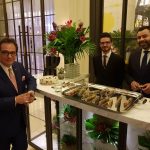 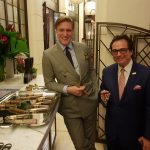 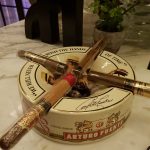 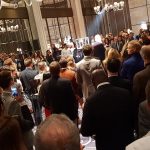