Erik Nording, whose pipes are a firm favourite with those of us who truly savour such a smoke, as well as a great starting point for anyone new to the pleasure, has a reputation for excellence built up over more than half a century. From beginnings that included working as a blacksmith in his family’s successful razor-blade business in Copenhagen, the Danish entrepreneur has proved himself to be an ingenious technician, still at the very top of what became his true calling.

A fun fact; Erik actually started smoking pipes when he was 15. In an attempt to make him stop, his mother bought a pack of cigarettes and forced him to smoke the lot. Even after the last one, he was still keen for his pipe. Defeated, his mother made a deal with him that he could smoke a bowl a day at home. 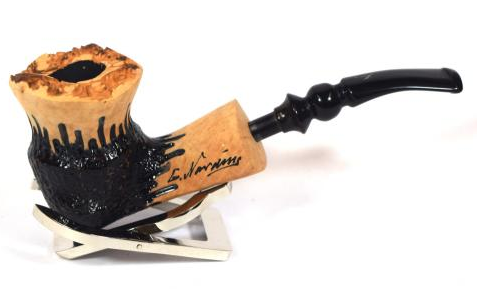 His mother was also central to Erik studying the engineering that has proved a backbone to his business endeavours. Back in 1955, when Erik was 16, he was sent to study the discipline. Erik’s father had passed away so the family concern needed the son and heir to become the figurehead.

By 1964, Erik was indeed that figurehead. He was also an expert pipe smoker and regularly visited a pipe shop in Copenhagen where a repair man called Skovbo was working. Knowing about Erik’s foothold in the world of metals, Skovbo asked about machinery for his new workshop and, specifically, a pipe-making machine. What Erik devised worked so well that Skovbo, who was struggling to cover what he owed for the improved technology, offered Erik a partnership. 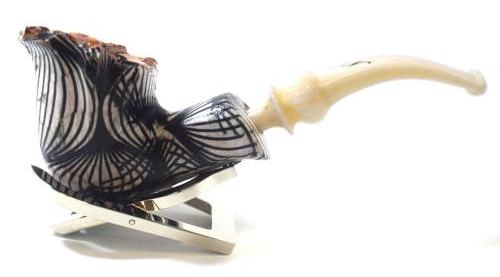 was the beginnings of Erik Nording we know today.  The new collaboration, originally named SON, began with a range of classically-shaped pipes. But business was slow. Moreover, Skovbo was not a natural artisan. Their contractual arrangement meant that on his departure from the company, Erik became the sole owner.

Amid these hard times Erik prevailed because he was genuinely ingenious, and with an abundance of youthful energy that he was happy to channel in a way that ensured he didn’t follow directly in his father’s footsteps. While he knew how to make a smokeable pipe, beautiful ones were more of a challenge to an engineer’s way of thinking. At the same time, as a blacksmith, he could replicate anything given the blueprint, which meant he could do the same with pipes. He started to visit every pipe shop in Copenhagen, or further afield but still within reach, to find customers who wanted bespoke pipes.

Erik’s  first client was looking for big pipes. The efforts in meeting this brief were good enough to secure a devoted follower. As he established his reputation, Erik retained the name SON for about two years. The switch to Nørding meant a name that nobody could take from him. From one happy client, the Nørding company expanded throughout the 1970s and following decade thanks to a growing interest through these years in Danish Freehand pipes, which for an engineer like Erik were relatively easy to make. The company grew to a 52-head payroll.

Today, Nørding boasts a more modest six workers. Yet thanks to production line innovations, the company manages to produce about 15,000 pipes a year, ranging from Freehand pipes to the more classically-shaped  “Handmades”. Freehands are fitted with vulcanite stems and Handmades feature an acrylic mouthpiece. 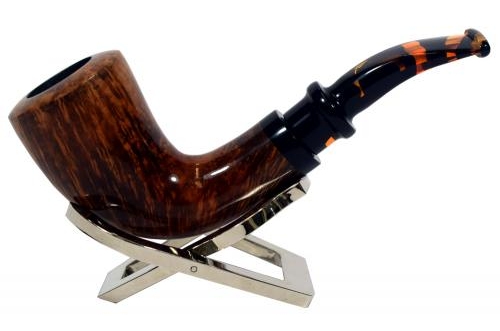 About a quarter (3,600) of the pipes currently made by Nording are handmade, including the largest one in the world, which, as well as a good idea to raise the profile of the pleasure a pipe can give, was testimony to Erik Nording’s tireless creativity. Unlike many traditional pipe makers, he doesn’t believe in ageing the briar as, to him, the wood is ready to be crafted for smoking once fully dry.

Overall, the pipes, of unparalleled quality and ever changing in design, are the result of Erik’s determination as a young man and the strength of personality he has always brought to his business. ”I enjoy everything I do,” he maintains. “I live hard, play hard, and I work hard.”

If you want a pipe that will outshine its competition, I strongly suggest a Nørding pipe. You are just a couple of clicks away from owning what is a  Danish masterpiece. Head over to our collection and select your own. As for what you might smoke, tor a complete Danish experience, I strongly recommend  Nørding tobaccos.

More insight into the wonderful world of pipes when I next share a story here with you.