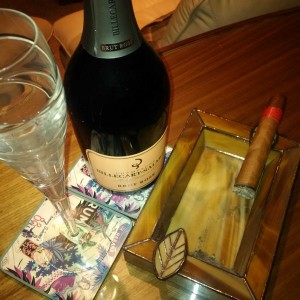 Righto, that’s Christmas over with and I hope all of my blog readers enjoyed as decadent a four day break as I did 🙂 Billecart Salmon Champagne and Davidoff Chateau Margaux and 4000 as my treat on Christmas day and copious quantities of Bolivar Belicosos paired up with Robert Graham’s Ailein Mor and Benrinnes 1995 single malt whisky the rest of the time… My kinda Christmas!

Back to the office on Tuesday to a rather astonishing 1500 mail orders which I am pleased to say should all just about arrive on time for New Year’s Eve celebrations. Well done to Eliska in the London warehouse team and James in the Norfolk warehouse team and their staff for keeping up with all of the order volume. It truly took us by surprise (a very nice one!) this year and we will have to assume that our clients are very happy with the service if all the lovely emails received are anything to go by 🙂 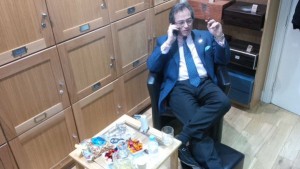 Pre-Christmas herfing… I mean working was at Turmeaus – Mayfair. My little Oasis in central London, where I was joined by clients and chums for drinks and smokes last week. Probably best I left the car at home! Best of the cigars was the Diplomaticos no.2 perfectly crafted and very sweet full flavoured.

This week I herfed at Ten Manchester Street; one of my favourite cigar terraces in London, warm and comfortable and always great service. We paired up Glenkinchie with Sancho Panza Belicosos which was a perfect marriage of flavours. 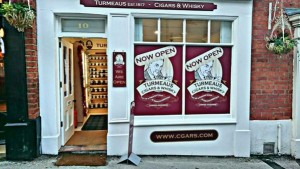 Another year over and I’m already excited for 2016! Our brand new Knutsford Turmeaus is having loads more work done in January including the addition of a wine room which will be a first for a Turmeaus. Our next Vintage Cigar Auction will take place on February 28th, The Cohiba 50th anniversary will be celebrated in Havana in early March and Karyn has my diary crammed full of overseas trips already. It’s going to be a busy year…

I’ll be wrapping up the year at Turmeaus Mayfair on New Year’s Eve and then heading home armed with a baggie full of Cohiba 1966 and Cohiba Robusto Supremo. Suitably large cigars to celebrate our best year ever 🙂 Not wanting to drown out the delicious flavours of the Cohiba, I will be pairing them up with Pol Roger 2002 which should work perfectly.

Next week I’m heading up North again to Turmeaus – Liverpool, Knutsford and Chester and looking forward to sampling some cigars and a few drams with our Turmeaus customers.

Wishing all friends of C.Gars and Turmeaus as well as my fabulous colleagues and our brilliant suppliers a very Happy New Year. 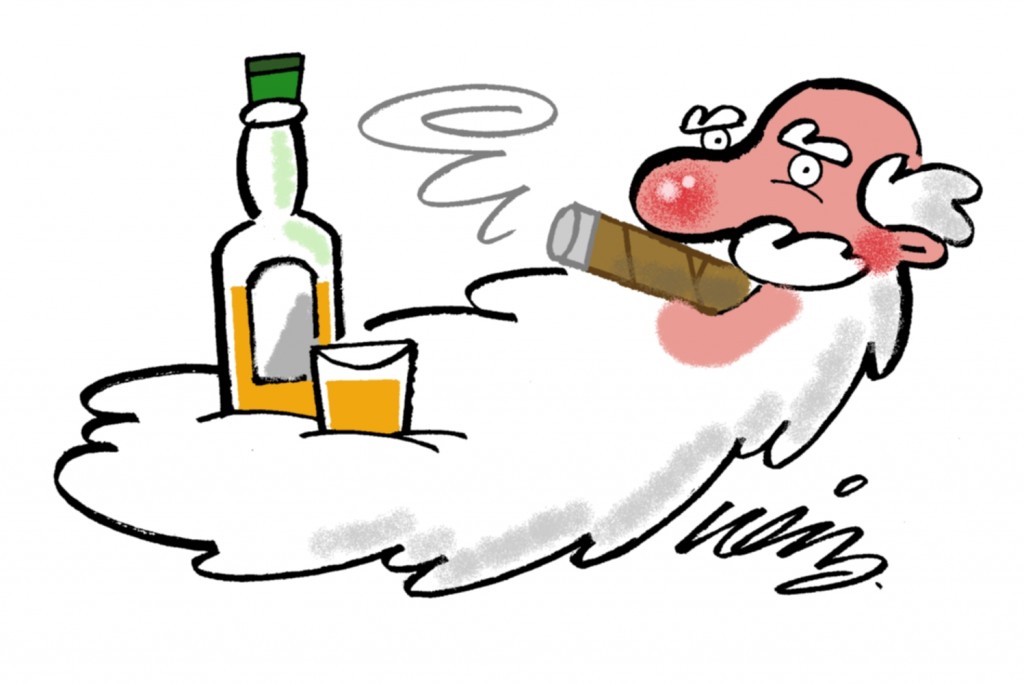