So what do you reckon – are cigar tastings a good idea? Personally, I love them – especially when our evenings are a combo of fine single malt whisky and premium cigars.

I think our clients and friends love these evenings too as they are a very civilised and sociable way of sampling, herfing and meeting new friends who share the same passion for whisky and cigars.

We’ve had a program of tastings across our numerous locations over the last year but we’re planning to step it up and make them more frequent over the coming months. 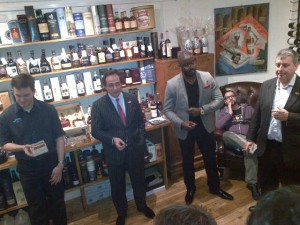 I attended a splendid evening at our Cambridge store this week with the kind support of Hunters and Frankau – the UK’s Havana cigar importer and distributor (thank you Tim!)

Cambridge events usually sell out within a day of being announced and this was no exception. 30 girls and boys enjoyed a cosy evening at Robert Graham on Sussex Street and the earlier arrivals had a bonus Inka Secret Blend cigar before getting tucked into an H. Upmann Half Corona and a Hoyo de Monterrey Grand Epicure Limited edition.

I was a bit concerned about the Hoyo as I didn’t like this cigar when it was first released. But, I may have just been having a bad day as this huge ring gauge, dark and oily beast was a thoroughly enjoyable smoke. Rich, smooth, bold, balanced and sweet. Perfect construction and a perfectly even burn. Needless to say, I am grabbing a box to take home for the weekend 🙂

My Cambridge Team of Cailin, James and Mimi are truly a delight to work with… Thanks you chaps (and chapette!) 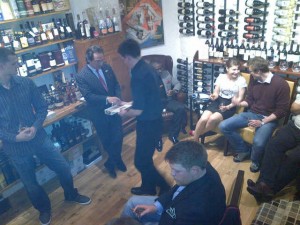 We sampled some delightful Treasurer and Dancing Stag single Malt whisky which paired up to perfection with the cigars. Check out the ranges on these links:
Treasurer
Dancing Stag

Thanks to everyone that attended and thanks for all your thanks emails! ( that’s a lot of thanks going on!) Hope to see you at our next tasting which will be a Davidoff evening at Cambridge.

A few of the chaps were debating what region works with a cigar and clearly we fall in two separate camps – those that enjoy Islay/peaty Scotch and the rest, like me, prefer Speysides. Call me a heathen if you will but I think all that peat (read that as TCP!) drowns out delicate flavour and taste of a good cigar. I’ve been debating this with our Director of whisky Ron Morrison forever and he will hear nothing of it! He loves Islay whisky. Oh well, each to their own.

So I’m trying to work out how to increase the tasting evenings and I reckon we need more sampling lounges in our cigar shops. Hmmm… How do we fit them in I hear you thinking! Well, we need to buy a few more shops alongside our existing shops! Easier said than done unless I ‘make them an offer they can’t refuse’ as we say in the Mafia (that’s the cigar Mafia of course!) watch this space… New Turmeaus cigar sampling lounges coming soon 🙂

Founder/Co-Director of C.Gars Ltd – Laura Graham advises me that at long last she has signed the lease for additional premises in Norfolk! Hurrah 🙂 We have been busting out of our huge warehouse for the last year and Laura is planning to open a lovely retail showroom, pipe and cigar specialist with sampling area in the next few months. I think it’s about time Norfolk had somewhere to sample. Well done Laura.

They may be small but they are cool and yes you can sample cigars at our shops in Mayfair, West Hampstead, Liverpool and Chester. 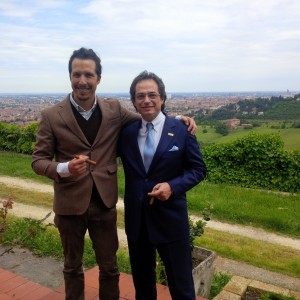 I zoomed over to Bologna in sunny Italy for a little client and friend herfing activity this week. Tough day herfing some 1970’s Dunhill cigars and 1980’s Davidoff but it had to be done 🙂 thanks to Davide and Luca for a lovely days herfing.

My Inka Secret Blend cigar import arrived and we have a pretty good range in store and online again staggering sales again exceeding expectations. Should I really be surprised? Great blend and great value and only available from C.Gars Ltd.

La Invicta cigars are re-launched and may I say a large step up from the previous version both in blend and presentation. Good value and a very tasty Honduran cigar indeed.

Cigar Auction fast approaching! Lots will be up and available to bid on from 19th May and auction ends 1st June. Here’s the website. Over 350 Lots (that’s a huge auction!) including some incredible pre embargo Havanas that even I have never seen before and no doubt will never see again. Delicious Davidoff and Dunhill. Aged, rare and mature cigars. If I do say so myself this is a very impressive catalogue.

Wrapping up for the week now and chilling out this weekend with Hoyo Grand Epicure and BBF’s from 2007 and perhaps a wee dram of Treasurer Deanston.

Next week I’m off to the South of France for a few hours and perhaps will shoot up to Scotland too!