First visit to the Inter Tabac show in Dortmund for me and have to admit it was a very pleasant surprise. I’m so used to the annual RTDA/IPCPR trade show in the US, I couldn’t  believe the scale of the Dortmund show – it was HUGE. And, it was fabulous, met up with loads of existing suppliers, found some great new ones too. Reconnected with one of my favourite humidor manufacturers, Gentili of Italy and looking forward to importing an exclusive new range from them in the next few weeks. 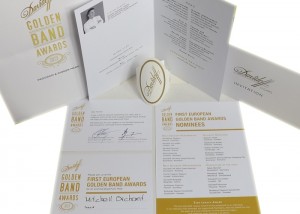 I went over to Dortmund as I was kindly invited to the Davidoff Golden Band Award dinner which coincided with the Inter Tabac show. What a delight to be nominated for the newcomer award for Robert Graham- Cambridge. The evening started with a limo collecting us from the hotel and taking us to the race track venue and enjoying the new Davidoff Nicaraguan cigars, Champagne and a horse race! Followed by a superb dinner and the awards of course. Big congrats to Davidoff of London for winning a Golden Band award. Edward and Eddie Sahakian truly are the finest cigar specialists in St James’s.

The Davidoff Nicaraguan is a sophisticated cigar, bold and complex and will appeal to the experienced cigar smoker, it’s in stock now, in fact just arrived and will be online and rolling out to our shops over the next week or so. Loads of requests for Davidoff in our Mayfair outpost in Shepherd Market so we will be making sure that by the end of this week a comprehensive range of Davidoff including Puro D’Oro and Nicaraguan will be available.

The last of the 2013 Havana Limited editions will also be available in store and online this week . The Montecristo Double Edmundo was thoroughly tested and enjoyed at the last Habanos Festival in February and I can’t wait to revisit this first rate Havana. We still have some stock of the Punch Serie D’Oro no.2 and Hoyo Grand Epicure limited editions but they are as expected selling out very fast with very limited allocations.

The Nat Sherman range of cigars we introduced last week online are also now arriving at our stores and if you’re on a budget these cigars are ridiculously good value at half the price other retailers in the UK were previously selling them for! Don’t forget you can also order online using our ‘click and collect service’  to pay mail order prices and collect at any of our 12 locations in the UK.

Inka – Secret Blend cigars are due to arrive on Tuesday and will be available to order soon after. The range  has now expanded to include a pack of 4 Half Coronas and a pack of 20 minis. I have redesigned the packaging on many of the sizes including the Chico’s and the Tres Petit coronas and we have huge stocks of Petit Coronas, Robustos and exceptionally popular Bombaso. Pound for Pound I think this is one of the best quality and value premium cigars in the UK market. Exclusive to C.Gars/Robert Graham of course- mail order and retail shops.

Our auction catalogue is now closed and at the printers and will be in print and Online in around a week’s time.  I’m particularly pleased with the cross section of Lots in this sale, great range and great quality. Most Lots can be viewed at our London offices by appointment.

The Auction will be held at Boisdale Canary Wharf at 5pm on the 19th November in the main dining room. But the auction is just part of a spectacular event that Ranald and I have put together in conjunction with The Spectator who will host ‘The Spectator Cigar Smoker Of The Year 2013’  following the Auction.

A HEDONISTIC CELEBRATION OF

Bringing together cigar aficionados and celebrity cigar smokers from around the world, The Spectator Cigar Smoker of the Year Dinner, founded by Boisdale, will be held in the lavish surroundings of Boisdale Canary Wharf on 19th November 2013.

Accompanied by some of the most highly regarded vintage wines and spirits, the inaugural event will celebrate the culture and heritage of the exquisite tobacco product over a jubilant banquet and vintage cigar auction.

The evening will recognise various aspects of the cigar world, with awards categories including cigar producers, retailers, cigar terraces and writers, culminating in The Spectator Cigar Smoker of the Year. This will be presented to a high profile individual with a complete passion for the pure enjoyment of cigar smoking, and a persona that exudes the stature, refinement and elegance of the great hand-rolled cigar. The celebrity winner will receive a humidor of rare cigars, and a beautiful JEANRICHARD wristwatch with a value of £15,000.

5.00 – 7.00pm Cigar Auction: On the night, Boisdale will play host to one of the greatest cigar auctions ever seen, underpinning London’s position as the capital of luxury and sophistication. Specialist cigar merchant Mitchell Orchant of C.Gars Ltd has sourced an unrivalled selection of pre-embargo Havanas, Limited Edition Cubans, much sought-after Davidoff and Dunhill cigars, as well as a vast number of collectible Habanos humidors. International cigar collectors will able to place bids online from 15th October at www.cigarauctions.co.uk/

7.15 – 8.00pm Reception: Following the auction guests will begin on Boisdale’s covered and heated terrace with a tasting of Krug Grand Cuvee and Dom Perignon Champagnes, to find the ultimate aperitif partner for the distinguished Fuente Opus X Petit Lancero cigar.

8.00pm Dinner: During the awards ceremony, guests will enjoy wines from Domaines Baron de Rothschild, and be treated to a sumptuous dinner of expertly sourced Hebridean shellfish and Aberdeenshire Beef Fillet that Boisdale is famed for. The dinner will end with the rare opportunity to taste Hennessey XO and Glenmorangie Lasanta with a Fuente Opus X Double Robusto cigar, to determine whether malt whisky or Cognac is the definitive digestif for this truly exquisite cigar!

Ticket price for the whole event will be £250 but C.Gars clients will have the opportunity to pay the reduced price of just £199 for a magnificent evening. 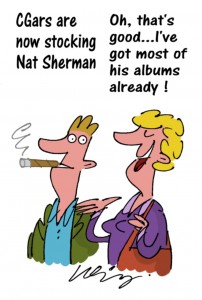