It’s been a week of trains, planes and automobiles for me (remember the Steve Martin film “Planes, Trains and Automobiles?!”) as I visited all 10 of our retail shops around the UK and Hamburg.

Starting on Monday at our fabulous La Casa del Habano in very sunny Hamburg, where my partner Christoph and I herfed our way through an extraordinary quantity of H. Upmann Royal Robustos which paired up nicely with Cuban Legendario Rum from Cuba. We managed to get through all of our work rather rapidly and most of the afternoon was spent chilling in the cigar lounge which was packed full as usual with regular clients of LCDH.

Tuesday was an early start flying on Squeezy Jet up to Robert Graham Ltd in Glasgow. Chatting with my colleague Linda, I lit up a cigar outside the shop of course (no exemption in Scotland sadly) and completely coincidentally the fire alarm for the whole block went off! Hundreds of people left the buildings and headed to the street and within a minute I could see two fire engines coming down the road!!! so, we decided to scarper off to our new shop on West George street and see how the builders are getting on.

Well, all I can say is “WOW”! The new Robert Graham shop is going to be amazing – It’s beautiful and it’s HUGE. The walk in humidor will be quite breath-taking and have the most comprehensive range of premium cigars in the UK as well as private client lockers. The shop will also have a massive range of smokers accessories, pipe tobaccos, premium Whisky and Wine and a comfortable Whisky tasting lounge. If all goes to plan we will be relocating from West Nile street by the end of June….and holding some great opening evenings too.

After Glasgow, I headed over to Edinburgh where we have two fabulous shops. One in Rose street and the other on Canongate. I love checking round the cigar shops as I always find cigars in the walk in humidors that I thought were sold out ages ago. In Edinburgh, I spotted plenty of UK regional editions like Por Larranaga Regalias de Londres, Flor de Cano short Robusto, La Gloria Cubana Gloriosos etc…the joys of being a cigar merchant! 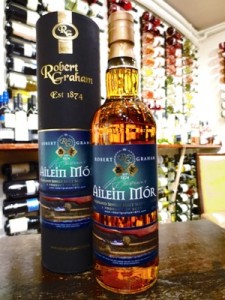 My partner Ron and I had a sampling session in the tasting lounge at Canongate with some clients of Robert Graham- Cambridge who were visiting Scotland! I think the consensus was that our Ailein Mor was simply outstanding as well as great value for money.

After catching up at Robert Graham – West Hampstead and Alfie Turmeaus cigar shop in Mayfair on Wednesday, I jumped on the Virgin train to Liverpool at stupid o’clock on Thursday morning to check out our two Liverpool Turmeaus shops. I had a Siglo VI on arrival in the store and followed it with a 2008 Cohiba Robusto before heading off to Turmeaus in Chester where I herfed through a Punch Serie D’Oro no.1 and a dram of Robert Graham’s Islay malt ‘ The Hoebeg’…yup…Chester Turmeaus is now licenced and sells Robert Graham’s award winning range of Single Malt Whisky. And of course it’s legal to sample cigars in store.

Back to the office Thursday evening till midnight to catch up with all the auction action for this Monday! The event, as expected is sold out (almost 100 people attending the evening!) and I’m looking forward to a great evening, Balvenie Whisky tasting and 3 great English Market Selection Havana cigars – thanks to Hunters and Frankau and Canapés from fabulous cigars friendly Boisdale.

Preliminary ( i.e. subject to final checking) bidding results will be published on my blog as the auction happens on Monday and confirmed on the auction website on Tuesday.

Next week I’ll be at Robert Graham – Cambridge on Thursday evening for another in our series of Whisky and Cigar Tastings. Fairly sure this event with Alec Bradley cigars and Dancing Stag Single Malt is another sold out event but if you hurry, we may be able to squeeze you in.

Weathers forecast to be good this weekend so I’ll be kicking back in the garden which will make a nice change! Let’s  hope we have a few more weeks of cigar smoking Summer weather to enjoy. 🙂 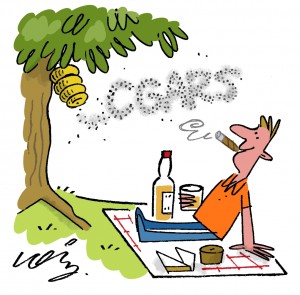