Sorry for the cryptic blog subject but you may have guessed I’m a bit of a Beetles fan so it came as a pleasant surprise to find my Turmeaus Tobacconist shop in Liverpool get a mention in the fantastic new book by Jude Southerland Kessler.

‘Shivering Inside’ is a novel on the life of John Lennon December 1961- April 1963 and a great read. More details on this link

I’ve been racing around smoking Por Larranaga Regalias de Londres like a fiend this week! They really are a treat and it doesn’t get much better in terms of regional editions.

On Tuesday I had dinner and drinks at the Groucho Club on Dean street with my favourite film producer . I understand The Groucho is putting in a smoking terrace :- bravo 🙂 dinner was followed by a herfette at the Lanseborough cigar terrace till late… herfed through a good few Por Larranaga paired up with some Oban single malt.

Wednesday some friends from Indiana stopped by the office for a UK regional edition Havanas sampling session – paired up with the finest Robert Graham Ltd single malt whisky and then I headed off to the Haven in Whetstone for dinner followed by a bit of a herf at home with friends…you guessed it, yet more Larranagas

You would think that was enough action for a week but I zoomed over to Geneva on Thursday morning for the day. Perfect sunny and hot weather and a spot of al fresco lunch at a charming restaurant in on of my favourite cities. It always amazes me how many Gentlemen I spot walking along smoking a Havana in Geneva.

I visited some of the great cigar stores including Tabac Rhein who have recently moved a few doors further up to quite magnificent new premises, Gerard who has one of the most modern and chic cigar stores in the world and Davidoff …always very classy. Tried out the Swiss regional El Rey Del Mundo Elegantes which was very tasty indeed although I dare say it would be better if the humidity in the Swiss cigar merchants was a bit lower.

2 weeks to go till the Partagas Festival in Havana, I can’t wait for some mega herfing and some sunshine (great combo!) 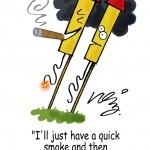 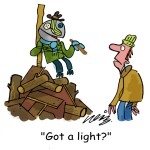