Spent a long evening at Boisdale Belgravia on Thursday as my flight to France had been cancelled due to the volcano and I thought oh well what the hell J my friends and I smoked our way through an extraordinary quantity of Monte 2’s as they seem to be better, sweeter, smoother than we ever remember. Matched up the Monte 2’s with the Argentinean Malbec (great value) and then some Argentinean Merlot on Boisdales wine list and I can confirm it all worked out very well indeed!

Our friend Tillman (famous photographer) is coming to London on Monday so we’re herfing at 10 Manchester street in the evening- if you would like to join us shoot me am email at sales@cgarsltd.co.uk

Place orders early using links below or emailing me at sales@cgarsltd.co.uk

These splendid Havanas are presented in boxes of 10. We have also made a sampler pack available as well as singles. You can place your order now for shipping on the 12th/13th May

Around 5 weeks till my boat cruise herf in New York where we are delighted to be joining forces with Oliva cigars for an evening of smokes, drinks, dinner whilst cruising up to the Statue of Liberty (it’s a 4 hour cruise so I gather we may be going round the statue in circles a few times!). I understand that we will also have a cigar roller on the cruise. Let’s hope the boat’s steady whilst he’s using the chaveta 🙂 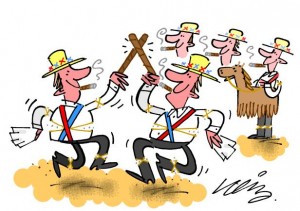