Dare I say “Greetings from snowy London” where my CIGAR car got stranded in ice and snow for 40 minutes on the way to the office this morning. My immediate thought was “how many cigars do I have stashed in the car in case this is a long delay?!” I am happy to say I enjoyed one of the brand new UK exclusive La Gloria Cubana Gloriosos whilst I tried to figure out how on earth to get my car moving again.

So I can now confirm that we have La Gloria Gloriosos in our humidor…..finally and they are as good as the pre releases that I tried. It’s been an awfully long wait but believe me …well worth it 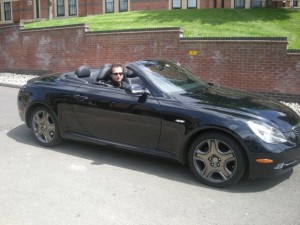 All back orders will now be shipped but we only have a small allocation so if you need to stash some away, do it fast as these puppies won’t be around for long.

Fancy treating yourself to something special? Check this out http://www.cgarsltd.co.uk/vegas-robaina-alejandro-1997-hunters-frankau-p-6481.html Exclusive to C.Gars Ltd from Hunters and Frankau. Vegas Robaina Don Alejandro (English Market Selection/Revisado) from original launch batch JM ( Jose Marti Factory) OESC (April 1997) double banded and certificated by Hunters and Frankau – box of 25. You can also try them in singles of course http://www.cgarsltd.co.uk/vegas-robaina-alejandro-1997-hunters-frankau-p-6475.html

Moving to my favourite subject of vintage Havanas 🙂 I am emailed many times daily to ask if all the vintage cigars I sell are listed on my online store. The simple answer is NO! a very small sample selection is on my online store only.

If there is something you are looking for or you have a wish list please email it to me and I will gladly help as best I can.

You have to bear in mind that C.Gars Ltd has 15,000 clients on our database and our website gets up to 2000 visitors a day so we could not possibly offer one or two vintage boxes on the website as we would likely have 100 buyers for each box! Consequently we match buyers with boxes…over email … sales@cgarsltd.co.uk

Lots of clients in the UK having humidification issues with their humidors at this time.Quite possibly due to the weather. Lots of central heating=keep topping up the humidifier. However if you want an easy life buy the Puck ! http://www.cgarsltd.co.uk/puck-humidity-system-cigars-capacity-p-5817.html it’s inexpensive and it works. It’s also now our best selling humidifier

Have a lovely weekend 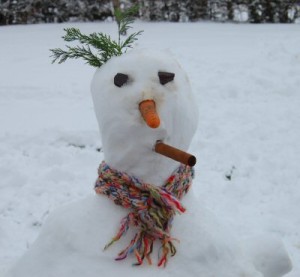 Photo with thanks to Stogieman

I am still not certain about all the regional editions that Habanos S.A. come out with. There seem to be so many and whilst some are great, others are fairly average in overall smoking experience terms.

There seems to be little rhyme or reason as to who gets what and why. For example the Baltic’s got the El Rey Vikingos which was an incredible cigar and the production was quite limited whilst Spain got the exceptional Vegas Robaina Maestro with a fairly large production number. The recently released Ramon Allones Phonecios for Lebanon (Promo cigars) is honestly one of the best Havanas I have ever smoked and beautifully presented in a cabinet of 30 cigars.

I do however think the UK regionals are first rate smokes especially the Ramon Belicosos which in fact was the first of the regionals in 2005.

The UK’s Por Larranaga Magnificos was a ridiculously successful and popular cigar too. All sold out now but there will be a special limited edition humidor (100 numbered units only) available soon. Email me if you want to be put on the waiting list sales@cgarsltd.,co.uk

The UK exclusive (1200 odd boxes only) Punch Serie D’Oro no.1 which was released last Monday and was our best selling Havana of last week, looks like we will be sold out this week although we are hoping Hunters and Frankau will be releasing a further allocation fairly soon.

I’m not sure if I am proud of this or not but I actually puffed my way through 16 sticks of the new Punch last week. I was completely amazed at how good this cigar is. In fact apart from a Ramon Phoenicios kindly gifted to me by Simon Chase of H&F at a lunch (Hurlingham Club  http://www.hurlinghamclub.org.uk/View.aspx?node_id=1&portal_id=1&page_id=4 lovely!)  last week, I have smoked nothing but the UK Punch.

So the question is do you swap your Monte 2  or Partagas Serie P for a Punch Serie D’Oro no.1? Well at the very least I would say try them. Don’t be fooled, these cigars will not stay around for long. I have one client who would buy all 1200 boxes if he could… but he can’t as we won’t allow him. If you try one new cigar this year, try the Punch Serie D’ Oro no.1 It is just delicious http://www.cgarsltd.co.uk/punch-serie-doro-p-6441.html for boxes and http://www.cgarsltd.co.uk/punch-serie-doro-p-6443.html for singles

It’s an experience… it’s different… and it’s a damn good smoke. Well done Habanos/H&F… this cigar is a real winner.

The La Gloria is expected out in the UK next week (I know….. I know you have heard that before) as I reckon C.Gars Ltd and Hunters and Frankau must have run out of all excuses for not releasing this cigars by now!

There are 2009 regional editions for the UK I am told but I think I’ll get excited about them a little closer to the time.

Thanks for the massive response to my last blog mentioning the Orchant Seleccion Sancho Panza Gigantes. The first 20 boxes that I signed  sold out before we even had time to put them on the website! Yes I know, great value, vintage (1998) and good smokes as well… great combination. If you want to be put on the list for the next 20 boxes I make available drop me an email at sales@cgarsltd.co.uk

So, January zoomed past and I can’t believe it’s almost time for my annual trip to the Festival del Habanos 2009 in Havana of course. I’ll be heading to Havana with my partner Christoph on the 25th and we will be holding a cigar tasting or two at some fine venues. This year we will be sampling Dunhill Estupendos, Don Candido and Don Alfredo which no doubt our guests will be looking forward to. 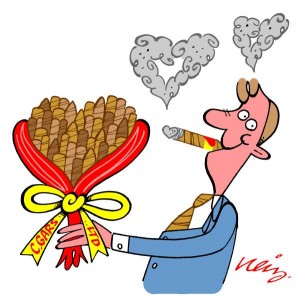 Have a lovely weekend and keep your humidors full as we are expecting a load of snow in London next week(-: