Did you catch the Brit Awards last night? We may have problems in our economy but Britain still has talent!…and three cheers for Duffy, she certainly deserved the three awards.

Hmmm… cigar related content: Tom Jones looked cool, as ever and I remember seeing him enjoy a large Havana at the old Churchill cigar bar and divan some years ago!

Bolivar Belicosos have long been one of my firm favourites and the best years production I can remember in the last decade has been 2007. The blend, the wrapper, the construction …all perfect.

After the long selection process is complete, these perfect boxes will receive the “Orchant Seleccion ” treatment including the extra gold “Orchant Seleccion ” bands on the cigars and the box as well as gold engraved plate showing the limited edition number of the box. Each box is signed and in due course may well become a collectors item.

Orchant Seleccion Havanas are made available periodically and when first released are priced the same as our regular English Market Selection cigars. They are limited to 64 boxes and they are never re-released.

If you would like to be put on the list for more information about these cigars just drop me an email at sales@cgarsltd.co.uk

My thanks as ever to Simon Chase and John Darnton of Hunters and Frankau for their kind assistance with this project.

I have just realised that I have been involved in the Havana cigar business in one form or another since 1994 ! The changes I have seen in the UK cigar trade as well as the cigar industry in general have been quite incredible over the years as has the meteoric growth of C.Gars Ltd. I have to say though that I have been a very lucky cigar merchant to have been supplied by Hunters and Frankau and had the support, expertise and assistance of John and Simon.

Smoke less ! smoke the best!…EMS….English Market Selection. In all honesty it just doesn’t get any better than EMS

Time for a strong Cubita and a BBF 🙂 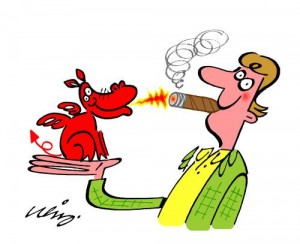