My week started with a herf in Dublin at the fabulous Decent Cigar Emporium where my regular crowd of cigar buddies and I enjoyed some Guinness and Havanas for a few days! Yes – they do work together! I then moved on to Glasgow and Edinburgh to herf with friends at the fabulous Robert Graham whisky and cigar shops. Must admit the main cigar of the week was Bolivar Britanicas which are just too delicious for words. If you haven’t tried them you are seriously missing out on a deeply complex Havana. 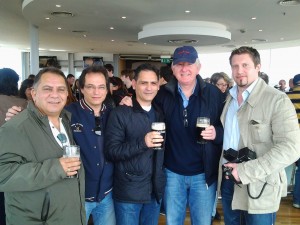 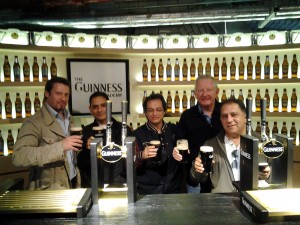 Imagine opening that special box of rare very expensive fine cigars that you have been saving for a special occasion only to find they have fallen victim to the dreaded tobacco weevil… and are now riddled with tiny holes.

Some desperate aficionados may hope that by smoking those ruined cigars they’ll kill the nasty little buggers.

If the solution was only that simple, revenge would be sweet.

Unfortunately, such a terrible infestation is all too common these days for the tobacco weevil or beetle is rife in the global tobacco industry.

Infestation generally lasts between 45 and 90 days, depending on how your cigars are stored, and will likely spread to other boxes in your collection.

When a tobacco weevil penetrates a cigar it lays eggs, the larvae stage of which usually lasts between five and ten weeks.  The problem then is that these larvae like to burrow through tobacco, which they eat and excrete, causing irreparable damage.

They then reach the pupae stage, during which they lie deceptively dormant. If allowed to reach adult stage, which lasts a month or so, they usually mate  – and the whole dreadful cycle starts again.

So what can you do?

The most important thing is to ONLY buy cigars from reputable, knowledgeable and expert cigar specialists, such as C.Gars Ltd.

For we can assure you that NONE of the millions of fine cigars we have sold for almost twenty years have ever been infested by the tobacco weevil.

All of our cigars are checked carefully and stored in the proper conditions.

But perhaps you purchased a box of cigars from a less reliable supplier.

Even worse, you laid out good money for some pirated cigars sold on the streets of Havana.

Or you bought a box from someone who recently returned from a trip to Cuba or the Dominican Republic or another cigar producing countries and can’t remember where they bought those cigars (which they would love to sell to you, for a bargain price).

If so, beware, for fake Havanas and other fake cigar brands are more often than not the primary source of tobacco weevil infestation.

And such infestation is made even worse by lazy storage, which vastly increases the chances of the spreading of the problem.

How to check your cigars for weevil infestation

If you think you have a problem, first check the paper hinge of the box your cigars come in for a deposit of fine brown dust – rather than the usual flecks of tobacco you’d normally find in an uninfected box.

Then take out a cigar and place it on a sheet of plain white paper.  Tap the foot of the cigar which may then emit a shower of dust from inside the cigar – and enable you to see where the tobacco weevil penetrated.

Destroy that dust by burning it in an ashtray.

If you see signs of holes created by weevil infestation, remove all the cigars from the box and isolate them in a sealable clear plastic bag.

Don’t spray those cigars with  insecticide for that will only compound the problem and make them impossible to smoke.

Better to place the entire bag carefully in your deep freeze, which should kill the weevil in about 4-5 days.

You can then transfer that unopened bag of cigars to the main part of your fridge.  Once they have thawed out, bring them back to room temperature.

If you want to be extra-careful, place them in a humidor away from any other cigars.

Those previously frozen cigars may not taste as good as they would have before the tobacco weevil got at them, but at least you won’t have to throw them away.

However, if you are really concerned about the infestation and don’t want to take any chances, then you should destroy the infected box.

By the way, as a rule you should never store cigars in a freezer or non-freezer section of a fridge.

Fine cigars need to be stored in carefully controlled low temperatures. 16 degrees C to 18 degrees C is the best range in which to store cigars.  If the temperature rises above 21 degrees C, weevils, a.k.a. lasioderma serricone, thrive.

If you need any more advice about storing cigars, or dealing with an infested box, please do not hesitate to contact the Help Desk at C.Gars Ltd.

Meanwhile, be careful out there and have a great weekend! 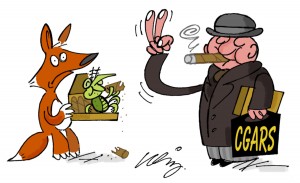