Greetings from rather sunny and lovely London 🙂

Just over a week to go before the best cigar evening of the year and I can’t wait!

Read full details on this link

CIGAR SMOKER OF THE YEAR NOMINEES

CIGAR PRODUCER OF THE YEAR NOMINEES

CIGAR WRITER OF THE YEAR NOMINEES

CIGAR RETAILER OF THE YEAR NOMINEES

CIGAR TERRACE OF THE YEAR NOMINEES

It’s a bit like the election of the new Pope! The cigar smoke will be coming out of the chimney to signify that Ranald, I and Andrew Neil have finally voted and decided who the winners of the Spectator Cigar Awards will be!

This will truly be a spectacular and sold out event starting with the live auction and also featuring a silent auction during the awards dinner. If you are attending I’ll be looking forward to seeing you and enjoying some of the finest Fuente cigars with you and if you’re not… You’ll be able to read all about it on my blog and website.

In other news this week, I attended a rather crammed cigar and whisky tasting at Robert Graham – Cambridge 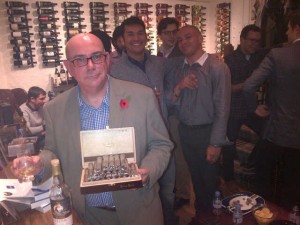 Fair to say a great evening was had by all and great to see that the average age of the 40 or so attendees was around 23 by my estimation. My thanks to Scott from Tor for his support and 5 hour drive to the event and of course Cailin and his Team (James, Fergus and Mimi) from Robert Graham Cambridge.

The new H. Upmann Connoisseur A has arrived in very small quantity a big smoke for the experienced smoker. Well-crafted and well blended.

I mentioned the lovely Partagas Serie D No. 4 book on last week’s blog which have all but sold out now (thank you customers!) and am happy to introduce our next edition which is the incredible Partagas Serie D No. 3 Limited edition from 2006. 14 of these delicious cigars in a Partagas imaged book style cabinet made in Cuba of course. Reserve them while you can, half have already sold out.

Tomorrow evening we have our long planned WAGs (wives and girlfriends) herf… My regular smoking buddies are treating the girls to a night out as a thanks for putting up with all of our boys herfs and smoking!

Next week’s travels take me to our C.Gars Norfolk offices to see the latest developments from our 24/7 IT and marketing Team and the rest of the week I’ll be in the office showing prospective auction bidders the auction Lots. If you can’t make a viewing don’t forget we are always delighted to provide condition reports by email, simply drop us line with the Lot numbers sales@cgarsltd.co.uk 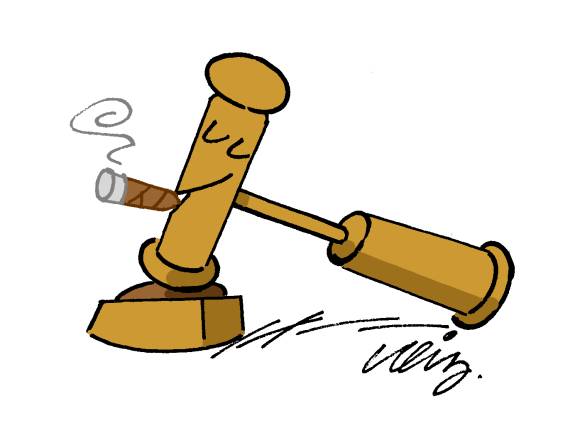