Greetings from London – C.Gars Empire offices, nice to be back in the office for a few hours after a rather typical manic week in the life of a cigar merchant! 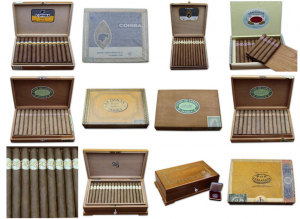 Monday was Cigar Auction lotting up day. It took the best part of the day to check through and lot up the 359 Lots entered into the 30th November cigar auction and I still can’t believe the quality of the cigars as well as the rarity of many of them in this sale.

Last few tickets available for the event online. If you can’t make it you can always bid live online on the auction website.

On Tuesday evening I attended the launch of the 2015 UK regional edition Bolivar Belgravia at the Churchill. 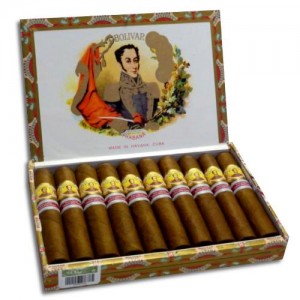 Montecristo Media Corona and Pol Roger champagne on arrival , splendid (my favourite champagne and the perfect quickie Havana) followed by the Bolivar Belgravia which is an awesome smoke. Volumes and volumes of flavour and light to medium strength. Same size as a Wide Churchill so it’s big enough for even a big mouth like me 🙂

There were speeches from Sean and Jemma from hosts Hunters & Frankau and the Silver Chaveta Award went to Lawrence Davis (well done LD!) delicious canapes and cocktails and the best of company in the UK cigar trade made this a wonderful event. My thanks to our wonderful importers H&F.

After the launch Michelle and I zoomed over to the Lanesborough to herf another couple of Belgravia’s till very late. Sort of a senior management meeting! 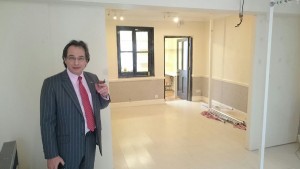 On Wednesday I started out on a marathon 3 days Turmeaus tour starting with Turmeaus – Liverpool (Bolivar Belicosos), moving on to Turmeaus – Knutsford (Romeo Wide churchill) to review building progress at the new shop and finishing at Turmeaus – Chester (and La Casa del Habano of course) where I spent the rest of the day/evening herfing Ramon 225’s. My kinda day!

Wednesday whisky club members were coming and going, both bars were full and I heard many compliments on the extensive whisky sampling menu at the new shop’s bar. The new shop is quite breath-taking in design, comfortable and has a super range that my clients are clearly enjoying. Well done to Sara, Chris, Calum and the Chester Team for running such a huge and classy operation.

As if that wasn’t enough racing around for a week, I then zoomed over to Turmeaus – Norfolk (Cohiba Robusto Supremo’s on a long road trip!) for an open tasting event that ran from 2pm till 8pm on Thursday. Tim from Hunters & Frankau spoke about the Partagas SD No. 6 and Ramon Allones Club Allones LE 2015, canapes, whisky and a great crowd made this a memorable tasting event. Thanks to all the Turmeaus Team for a fun filled few days. 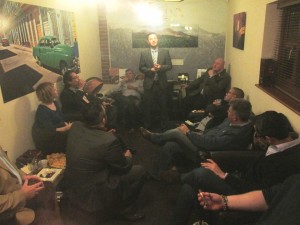 I’m off to see the Steve Jobs movie tomorrow and chilling for the rest of the weekend with a baggie full of Bolivar Belgravia and nothing else!

Next week… Partagas festival in Havana 🙂 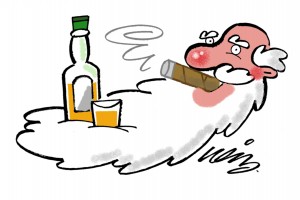