Good afternoon from C.Gars London where the herfing never stops 🙂 I mean the ‘sampling’ of course. This week was declared a Partagas week! And a very good one it was too as I tested my way through just about everything in the range over the last 5 days. 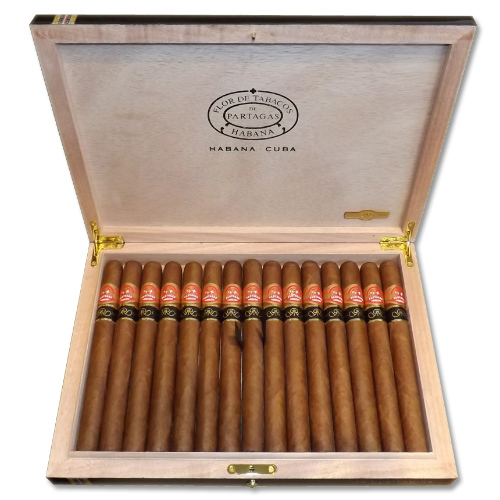 In terms of the good bad and ugly I would say the greatest disappointment was the Lusitania which was not only a bit tight on the draw but the blend just seemed to go nowhere interesting, that said I also smoked the Grand Reserva which was magnificent and a complete contrast to the regular Lusi. The Shorts were a great little smoke and one that I enjoy daily with my morning espresso, The P.2 was an outstanding piramides if not my favourite of all the brands.

Moving on to the Serie D range, the SD4 was first rate but the blend on the SD5 was sweeter and generally better. The surprise was the SD6 which was so good in terms of appearance, construction and blend I ended up smoking 4 cigars one after another. This short fat 20 minute smoke is just outstanding and now joining my regular daily rotation.

The other surprise for me was the 2012 Limited edition Partagas Serie C No. 3. I’m not usually a fan of maduro but this puppy was the bomb! A complete kaleidoscope of flavours, earthy with sweetness and very well balanced, old style Partagas blend crafted to perfection and wrapped up in a gorgeous smooth maduro wrapper. I think this will become one of the best Limited editions and will continue to age and improve for many years.

Can’t believe we are almost in June, the last 5 months have flown by and June is going to be a very exciting month to say the least:

Firstly we have our Summer Cigar Auction at the Bulgari Hotel on the 15th June and have now completed the mouth-watering catalogue. Our auctioneer, Jonathan Humbert will be knocking down over 300 Lots of aged and rare Havana cigars. The catalogue will be online early next week and prospective bidders will be able to download a PDF on the website: http://www.onlinecigarauctions.com/index.php

The catalogue includes an incredible Pre Embargo section of rare cigars, the likes of which I have never seen before and doubt many of them will ever be seen again. Literally ‘pieces of history’.

Interesting cigars from the last 7 decades and something for everyone’s budget from part boxes of vintage cigars to Davidoff and Dunhill cigars. Limited Editions, Reserva and Gran Reserva, aged and mature cigars. Whether smoking or collecting be sure to take a look as you may see a cigar you have always dreamt of!

The format of the auction is different to all previous sales which were either physical auctions or online auctions. This is both! The actual auction takes place at 2 pm in the cinema room at the Bulgari in Knightsbridge but our rather clever IT department have further developed our online auction platform for absentee bidders to be able to bid online right into the auction room should they wish. We tested out the system thoroughly over the last few weeks and I must say its super impressive. So, if technology doesn’t let us down, bidders will be able to register online early next week and bid online or join us at the Bulgari and bid in person.

My assistant Michelle and her team are delighted to show Lots at our London offices by prior appointment – just drop us an email sales@cgarsltd.co.uk and if you can’t make it to view simply email us Lot numbers of interest and we will gladly email a condition report.

On the 19th June Hunters & Frankau are holding their Summer party and introducing the 225th Anniversary Ramon Allones Humidor and cigars. Demand has been so high for both the humidor and the cabinets of cigars I would not be surprised if they are all sold out before they actually arrive with us on the 22nd June. No need to ask – yes , I have smoked the cigars and they are, as one would expect from H&F, first rate well matured Havanas.

Recommended retail price for the cabinet of 25 cigar is £674 but we are still offering pre-release orders at just £569.

Next week I’m heading up to Scotland to see our fabulous Robert Graham whisky and cigar shops in Glasgow and Edinburgh. We just won yet another award for one of our Dancing Stag range of single malt whisky! Looking forward to testing out some of the water of Life with managing Director Steve Johnstone in bonnie Scotland. 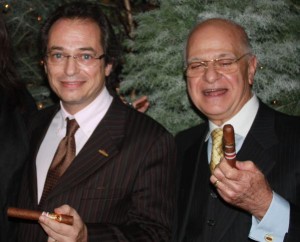 And finally huge congratulations to Edward Sahakian who is celebrating the 35th anniversary of his iconic Davidoff shop. Truly my favourite cigar merchant in the world. 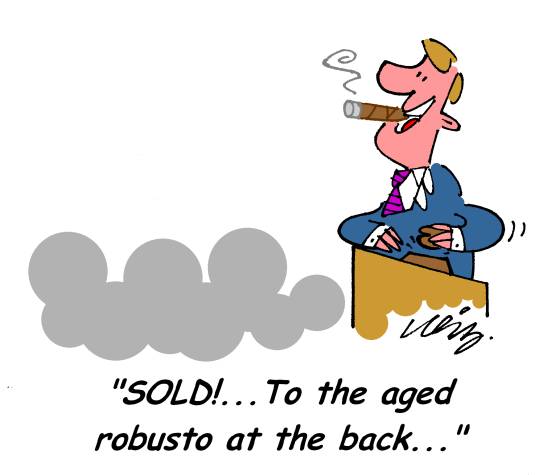