Greetings from freezing London where the highlight of my week was holding the coldest cigar auction in history on the cigar terrace at Boisdale of Belgravia!

Some 60 bidders attended (and over 100 absentee bidders from the warmth of their homes!) from all over the world including Japan, Hong Kong, North America and Europe

To say the weather was freezing is an understatement but the enthusiasm of the bidders could not have been higher as we all kept warm with copious amounts of Chivas and Glenlivet as well as champagne and canapés J We smoked a variety of fabulous UK regional edition Havana cigars including El Rey del Mundo Choix De L’Epoque,Por Larranaga Regalias de Londres and Punch Serie D’Oro no. 1 ( available in a limited edition humidor from next week)

Jennie Churchill, the great granddaughter of Winston Churchill very kindly donated an auction Lot which was presented to her in Havana in 2004. This beautiful humidor was signed by Alejandro Robaina as well as Jennie and contained 108 specially banded Churchill sized cigars. The winning bidder was a Gentleman from Japan who kindly paid some £18,000 including fees- all of which went to Prostate Cancer and Action against Hunger charities

There was a massive range of Dunhill cigars that were mostly won by a very famous collector from Hong Kong.

Overall around 85% of the Lots in the sale were knocked down by ex-Christies Auctioneer Brian Ebbesen over a mammoth 3 hour sale.

We are still wading through all the invoicing paperwork (quite a mountain of work) but hope to report and settle with all sellers next week (pretty fast for an Auction business) ! Many thanks to all our bidders for settling so promptly.

Thanks to the C.Gars Ltd Team for all their hard work in organizing the Auction and of course BIG thanks to Ranald and his Team at Boisdale – my favourite cigar friendly establishment in London.

We are now planning our next auction for June 2011 which will no doubt be a lot warmer ! Of course we buy and sell vintage cigars all year round so don’t hesitate to contact for advice and /or valuations. I am always happy to help. Best way to contact is by email sales@cgarsltd.co.uk

The fabulous UK limited edition Punch Serie D’Oro no.1 humidor will be released early next week. Only 100 made – its very popular and likely to sell out fast- I have already taken 5 orders today ( and 5 last week!) If you’re lucky you may well get one signed by Jemma Freeman and Simon Chase of Hunters and Frankau 🙂

So December is finally here and with all the bad weather I can do no better than suggest that you top up your humidors soonest as shipping from C.Gars Ltd is fast but due to the weather, some locations are experiencing delays in postal and courier services. If you need gifts we have the most enormous range in our retail cigar and whisky shops and an even larger range online. 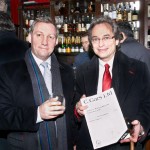 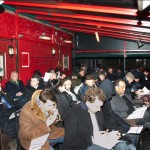 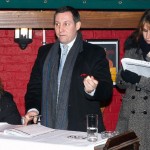 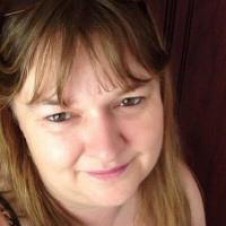